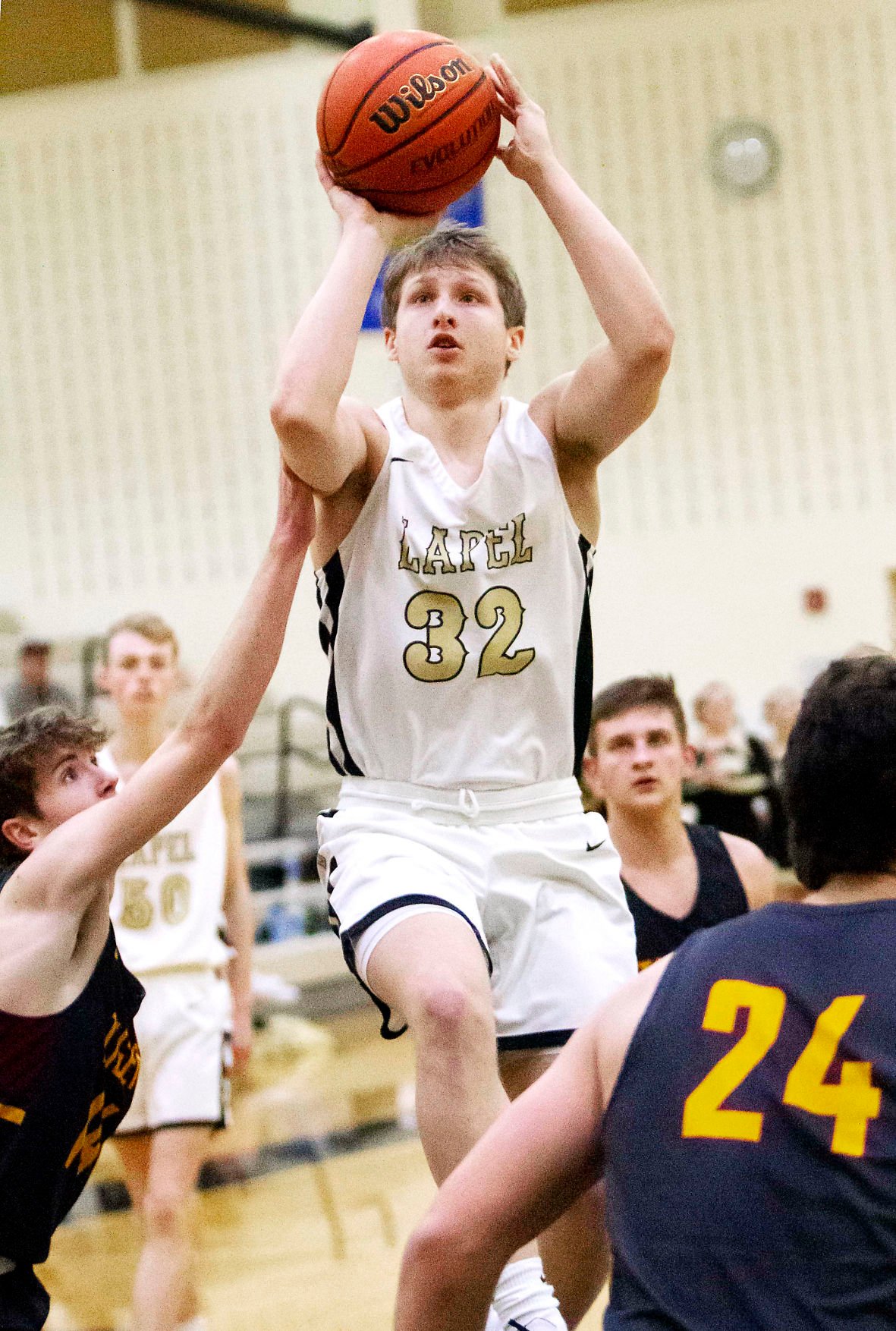 Lapel’s Kolby Bullard drives to the basket through a group of Alexandria defenders earlier this season as the Bulldogs hosted the Tigers. Bullard’s game-winner against Oak Hill was one of the top moments of the season. 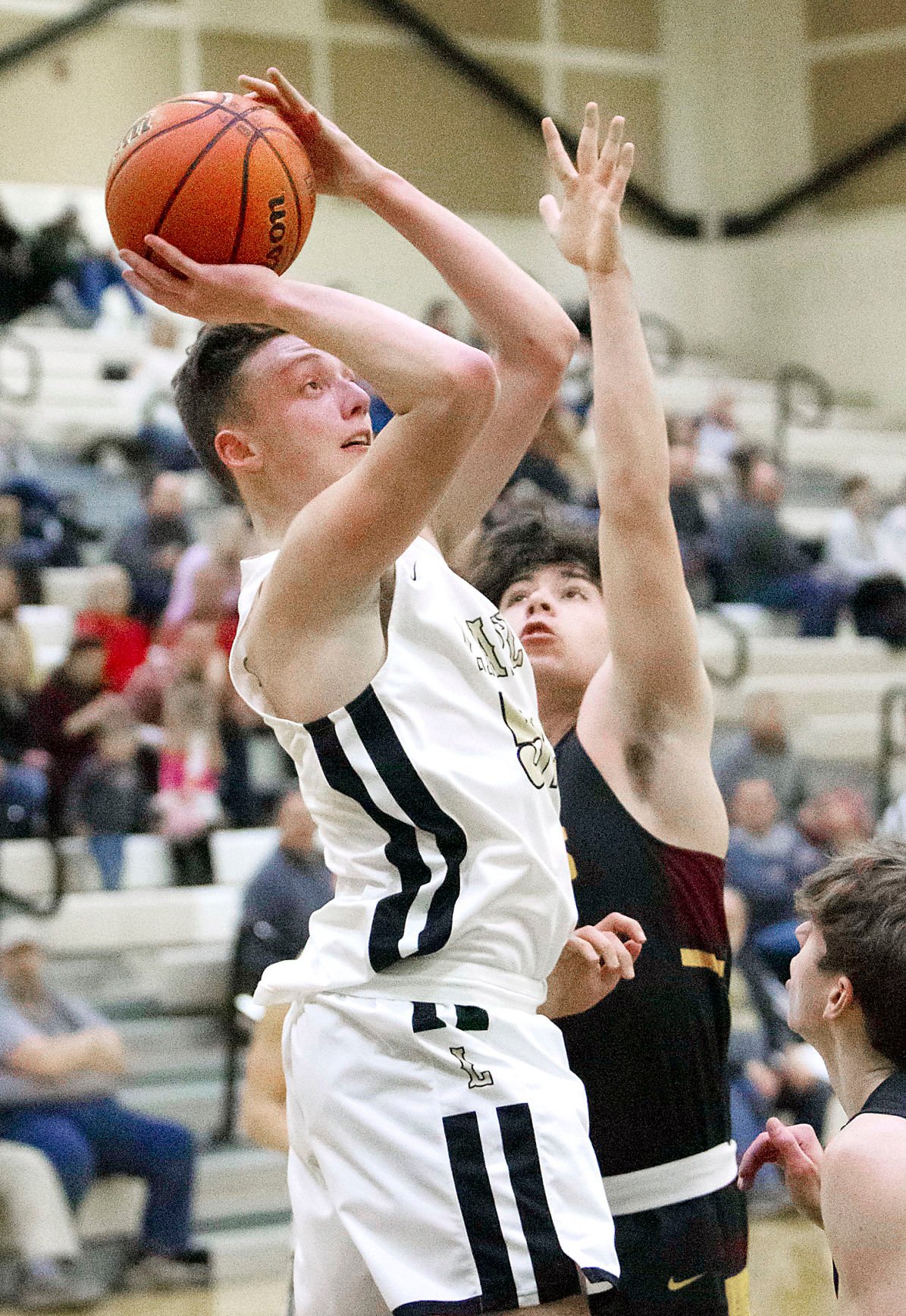 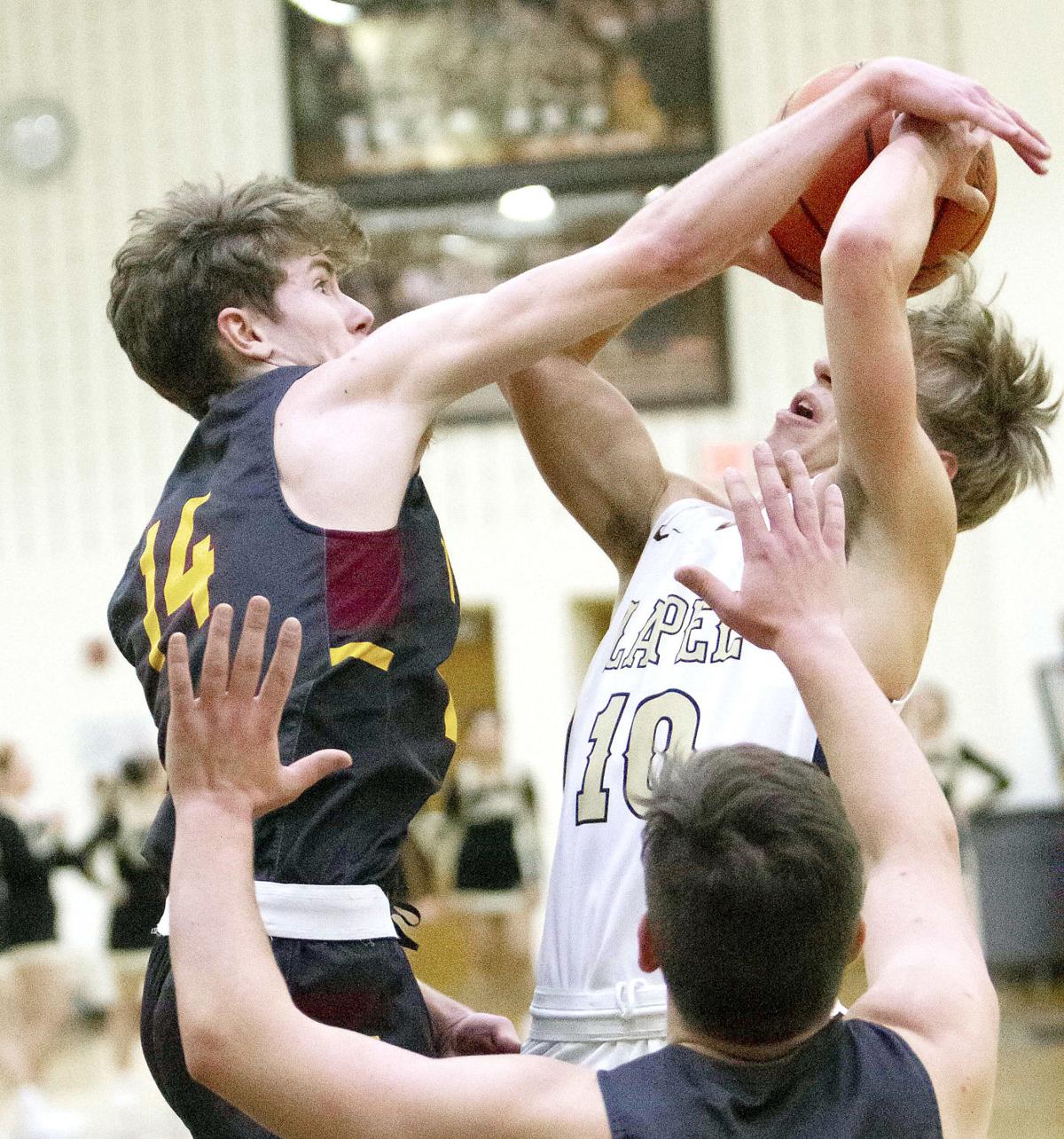 Alexandria’s Jagger Orick stops Lapel’s Carson Huber as he drives to the basket on Thursday night. 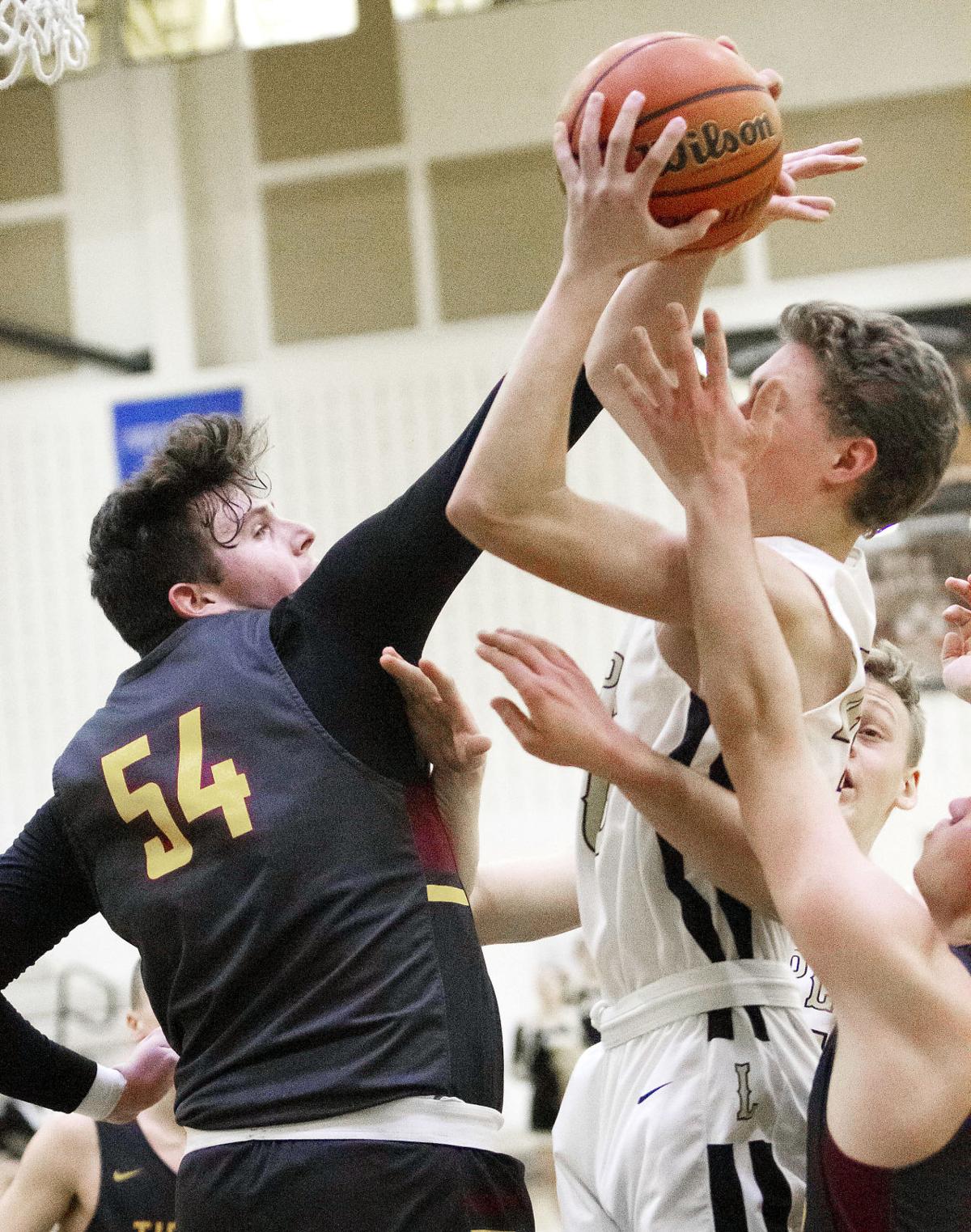 Lapel’s Kolby Bullard drives to the basket through a group of Alexandria defenders earlier this season as the Bulldogs hosted the Tigers. Bullard’s game-winner against Oak Hill was one of the top moments of the season.

Alexandria’s Jagger Orick stops Lapel’s Carson Huber as he drives to the basket on Thursday night.

LAPEL — Lapel’s Carson Huber went to the basket and Alexandria paid the price Thursday as the Bulldogs topped the Tigers 60-41.

Huber’s penetration consistently produced either close-in jump shots or free throws as he finished with 18 points. He was 10-of-13 from the free-throw line and took his team’s first 11 foul shots.

“Huber had a really nice game for us,” said Lapel coach Jimmie Howell. “He missed three free throws, which he doesn’t usually do.”

Lapel opened the game by scoring 11 points off its first five possessions to build a substantial lead that resulted in a 15-6 advantage after one quarter and a 25-16 lead at intermission.

“I told the team at halftime that the main reason we were behind was because they got into the lane and we didn’t,” said Alexandria coach Marty Carroll. I think we settled for shots, and those shots weren’t falling.”

They didn’t fall to start the second half, either, as the Bulldogs went on a 10-0 run to open the final 16 minutes for a 35-16 advantage.

“We didn’t play well at the start of either half,” said Carroll. “We just weren’t ready to play.”

Kolby Bullard got it going in the fourth quarter for the home team and was the only one to join Huber in double figures with 10 points. Bryce Carpenter and Caden Eicks scored eight apiece.

Rylan Metz was a workhorse for the Tigers, leading them in both scoring (10 points) and rebounds (seven). Nick Williams scored nine and Cade Vernetti eight. As a team, the Tigers hit just 14-of-49 from the field.

“We’ve gotten better defensively the past two or three weeks,” said Howell. “We’re doing a better job of keeping them out of the paint. We made too many mistakes against the press. We have to get better against that. We didn’t do well in the first half against Oak Hill in that area.”

The Tigers kept themselves in the game with the pressure in the second half but were too far down to mount a serious threat. They had 15 turnovers of their own to 16 for Lapel.

The Bulldogs (12-7) have a big game next on the schedule when they host Class 2A No. 1-ranked Shenandoah next Friday night. The Tigers (9-8) host Muncie Burris on Tuesday.