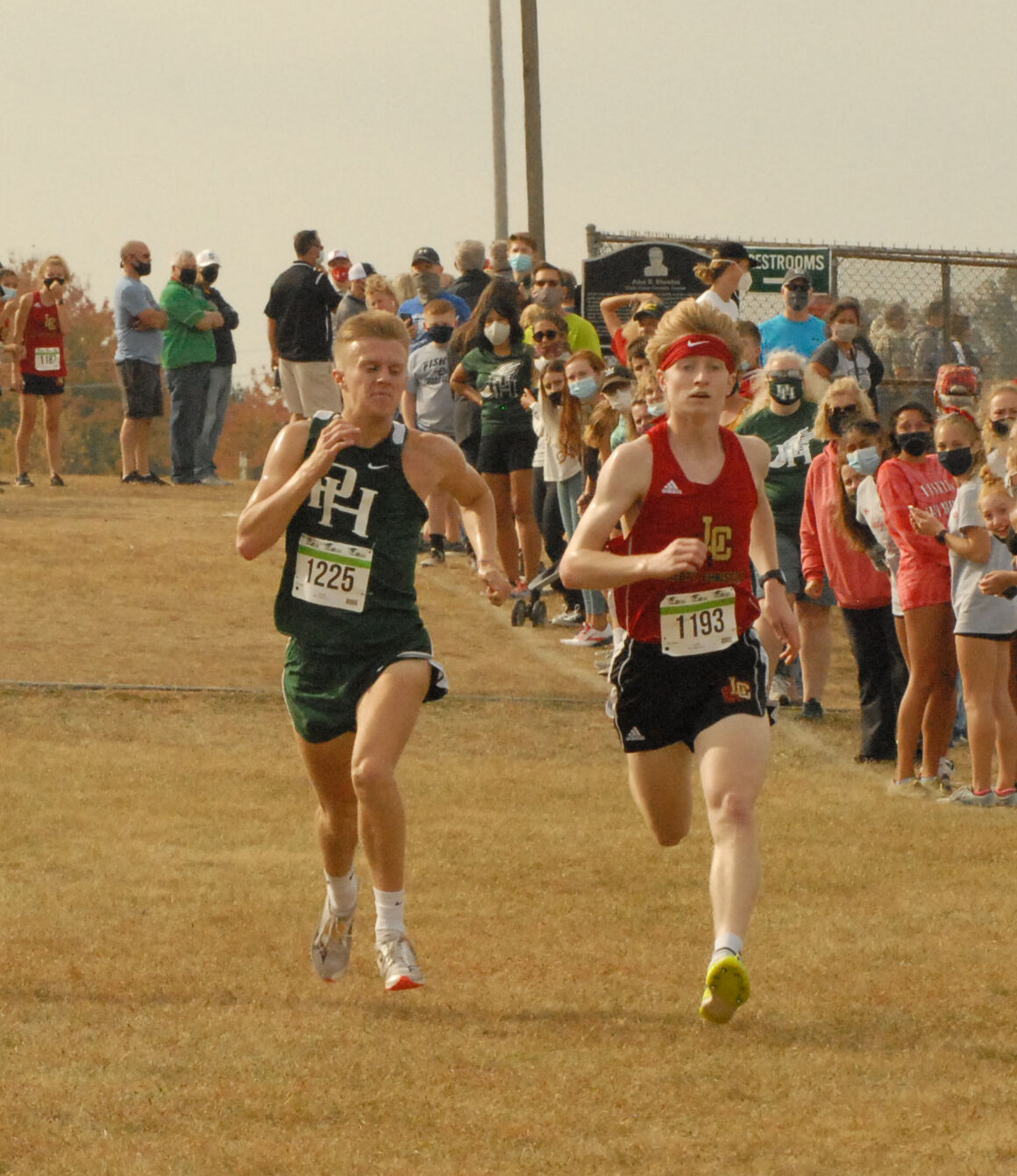 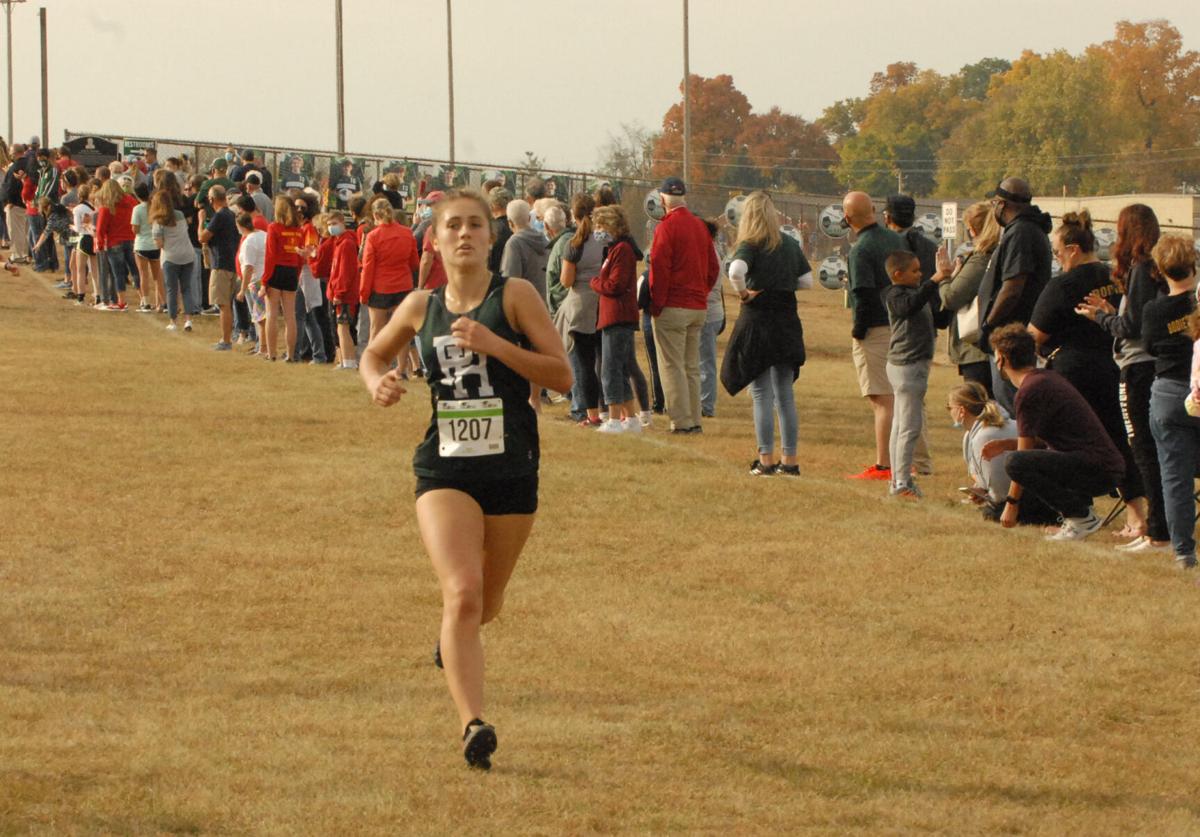 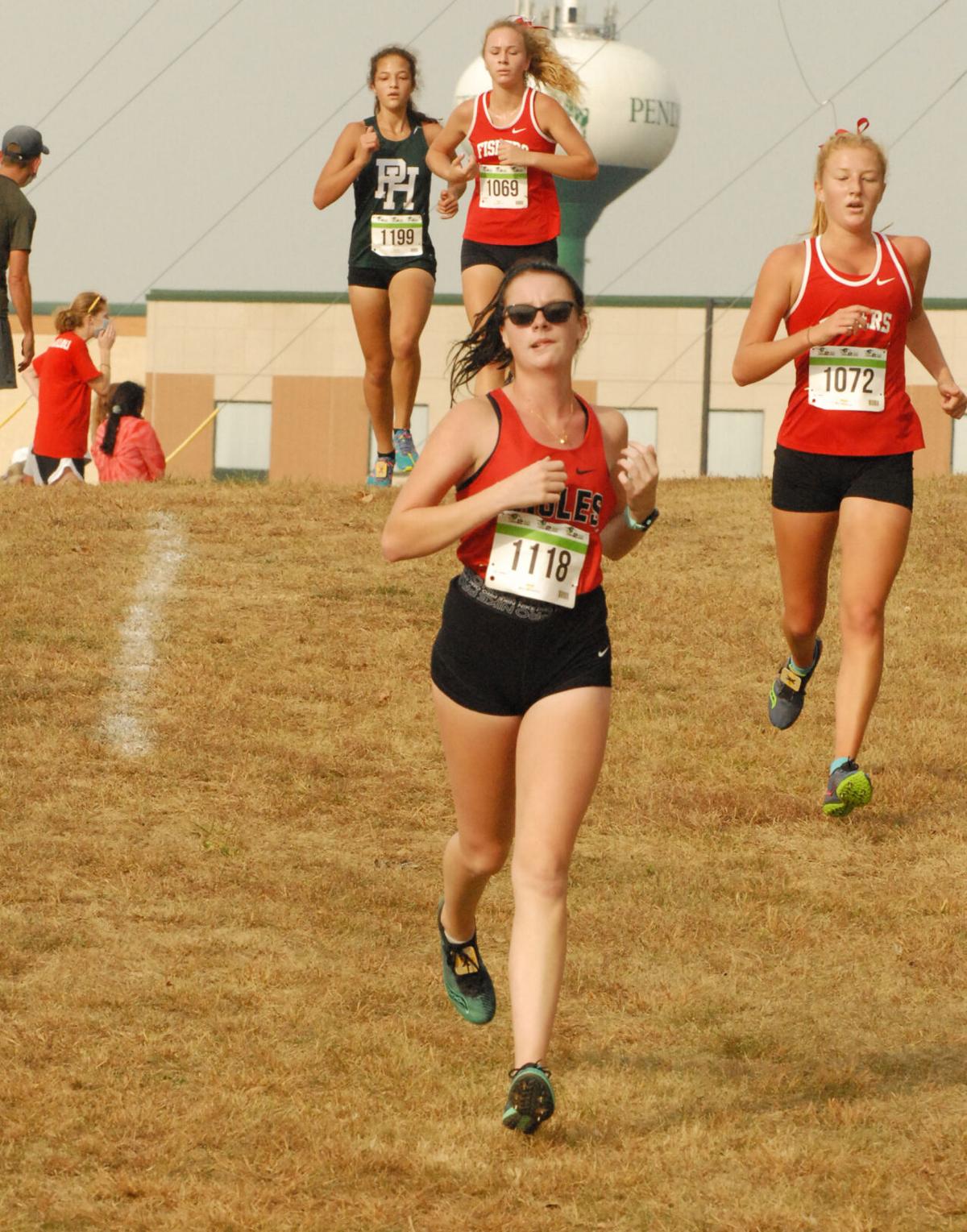 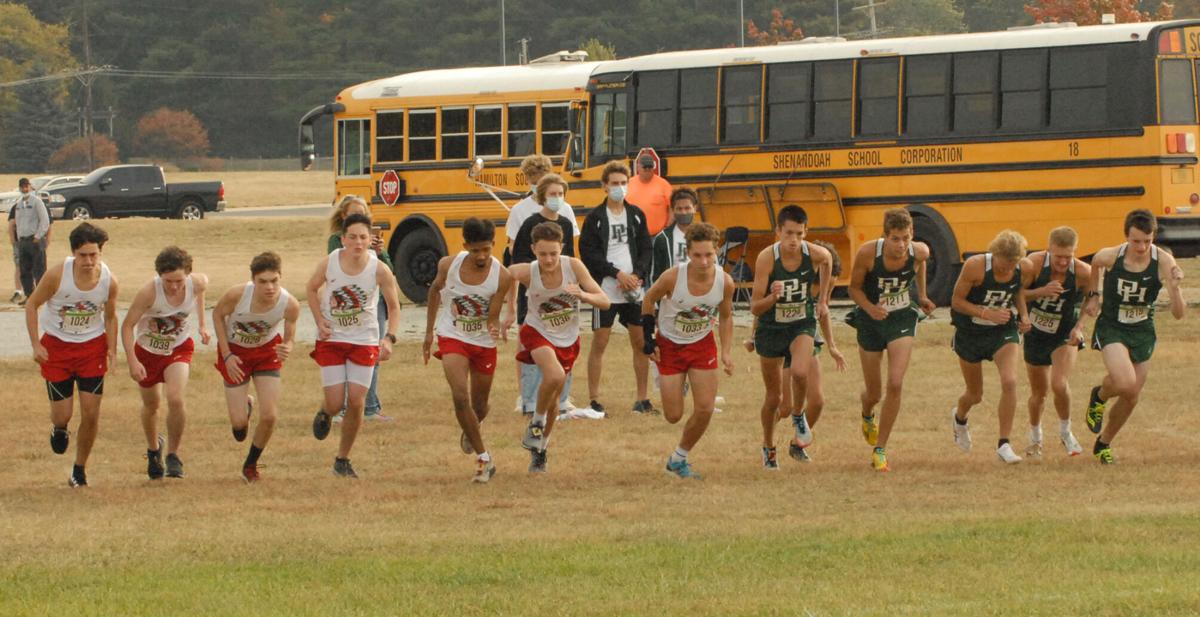 Runners from Anderson and Pendleton Heights leave the starting line for the boys race Saturday.

Runners from Anderson and Pendleton Heights leave the starting line for the boys race Saturday.

PENDLETON — Once again, the depth of talent from Hamilton County was at the forefront of the Pendleton Heights cross country sectional as Hamilton Southeastern and Fishers dominated the field in both the boys and girls races.

But the talent of the area was also on display as five Madison County teams and a total of 18 individuals overcame physical and mental fatigue to advance to the Delta regional next week in Muncie.

The top of the team standings for both races were the same. The Royals took home first place, followed by Fishers and Pendleton Heights. In the girls race, Alexandria was fourth and Frankton fifth while the Eagles were fourth in the boys race with Blue River Valley coming home in fifth.

The top-five teams in each race advance along with the top-10 runners not with an advancing team.

In the girls race, only a seventh-place finish by Laney Ricker and a 10th-place run by Katie Jones of Pendleton Heights interrupted the Hamilton County dominance at the top. Catherine Dudley was 17th, Olivia Welpott 24th and Ella Dixon was 28th to round out the Arabians' scoring. Freshman Jaycee Thurman was 30th, and Hailee Brunnemer rounded out the Arabians' effort with a 34th-place run.

PH was without one of its top runners in junior Berkeley Lord due to COVID-19 protocols. She will return for coach Melissa Hagerman should the team advance to semistate.

“They helped each other out and stepped up for each other,” Hagerman said. “I know Berkeley was heavy on their hearts. She worked so hard this season.”

Hagerman added, in addition to the physical demands of the season, the athletes have the added dimension of the mental strain that goes with the ongoing coronavirus pandemic. She hopes this week's fall break at PH will help give her team a mental as well as a physical rest.

"We need to use this week to freshen up, to tune up and get physically and mentally healthy," she said. "I don't think people realize how hard this COVID stuff is mentally on these young kids. They're having to weight all the decisions they make, who they want to hang out with and how they want to hang out. For us, we know better, but for them that's really hard."

Frankton’s Caitlin Cole was the top individual from Madison County outside of PH with a 14th-place run to lead the Eagles. Jewell Cline (29), Emma Sheward (33), Kiley Huff (37) and Abby Hartley (42) completed the Eagles' scoring.

In addition to those teams, eight individual girls will race next week in Muncie. They are Hannah Combs (16) and Lucy Loller (36) from Lapel, Abby Etchison (21) and Ella Wall (40) of Liberty Christian, Hope Edwards (25), Abby Buskirk (26) and Madison Cooper (39) of Shenandoah and Athena Barnard of Anderson, who came home in 35th place.

The 10 boys runners advancing include Madison County champion Noah Price of Liberty Christian (16) and runner-up Jayden Reese from Elwood. Reese battled through tendinitis in his right foot to run a strong 19th place. The remainder of the area field includes Cameron Smith (21) of Lapel, Cameron Wihebrink (23) of LC, Dixon Minton (26) from Anderson Prep, Demaurion Menifee (30) and Connor King (35) of Anderson, Sam Hawkins (34) and Kelden Coccia (39) from Shenandoah and Zach Rowlett (40) from Alexandria.

These runners will be joined at the Muncie Sports Plex next Saturday morning by the Daleville boys team, which placed fifth at the Delta sectional. The Broncos were led by Khoa Weston (17), Ethan Colvin (31), Tim Arnold (32), Cameron Lykins (36) and Meryck Adams (39).

The Broncos will also send Olivia Covert to the Delta girls race as an individual after her 22nd-place run.

At the Marion sectional, the Madison-Grant girls just missed advancing after a sixth-place finish, only 11 points back of fifth-place Southern Wells. Two Argylls girls runners moved on as Lacey Mayfield (21) and Emma Ewer (27) will compete at regional, also to be held at Marion.

The M-G boys team placed eighth with no runners advancing.