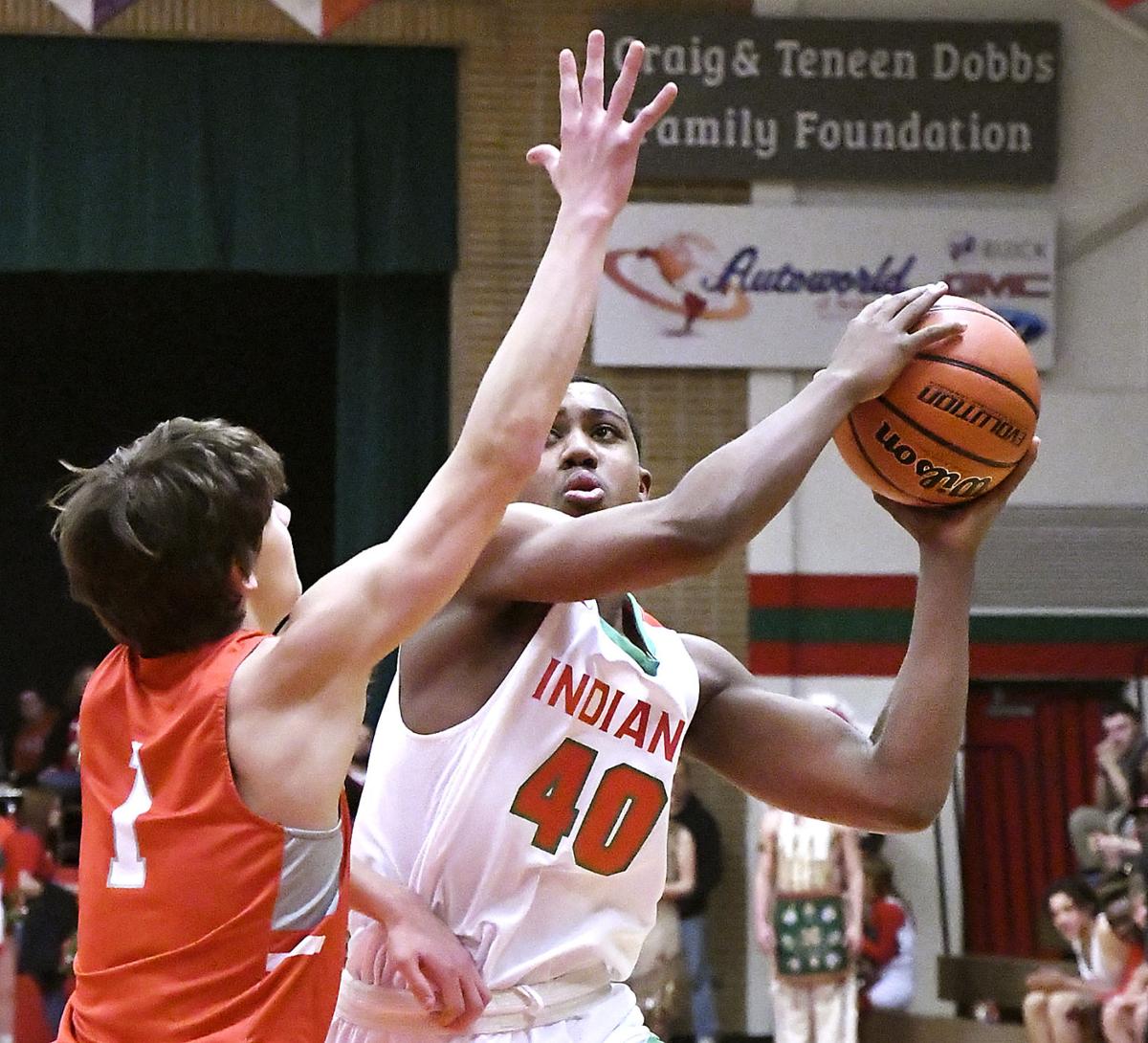 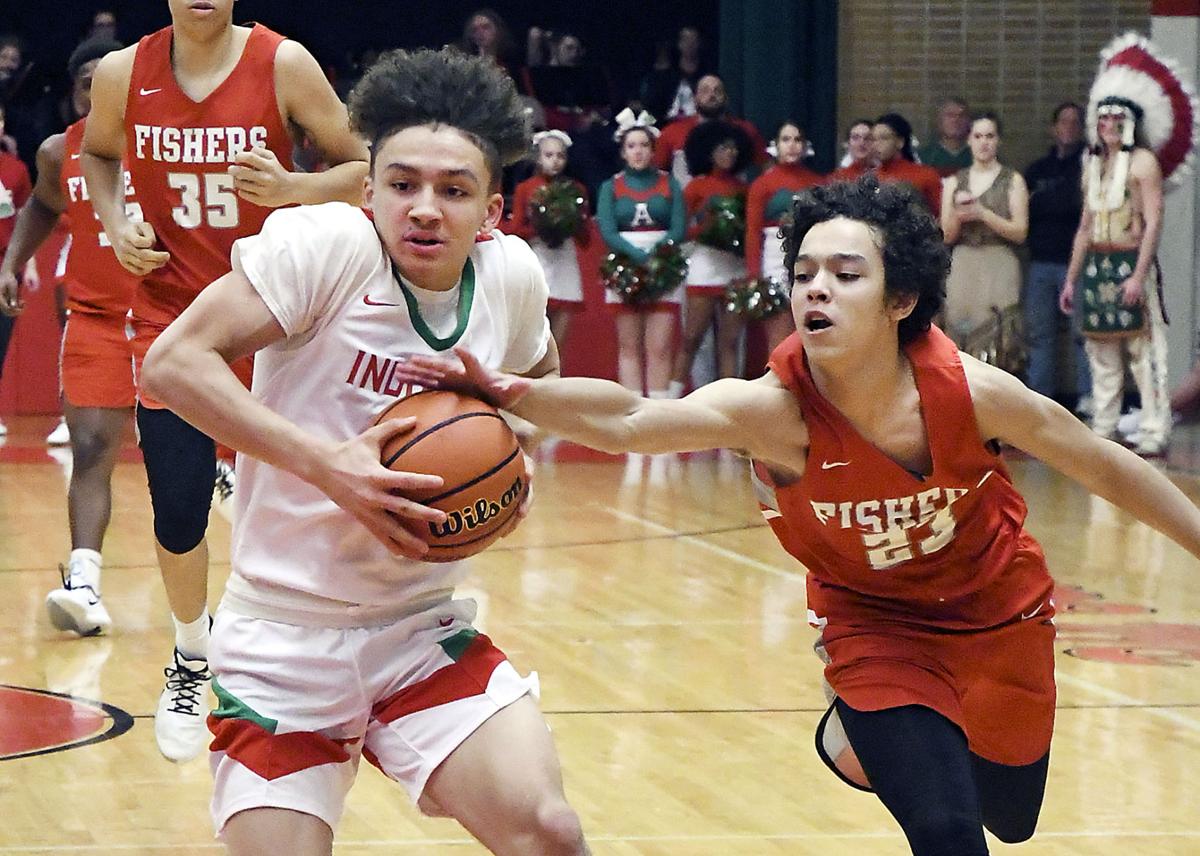 Fishers Bryce Williams gets a hand on the ball as Anderson's Eric Troutman drives the lane. 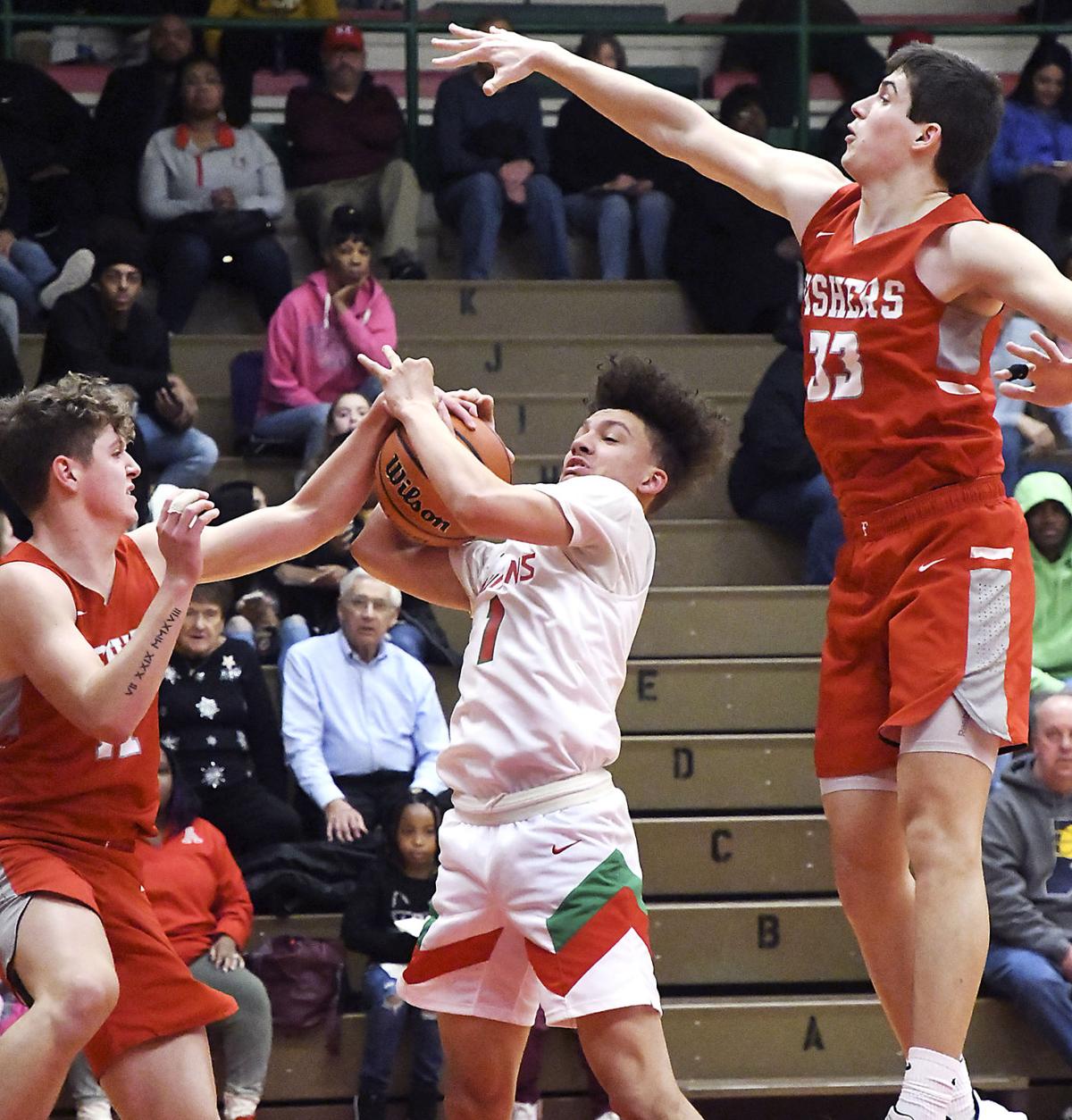 Anderson's Eric Troutman gets caught up with Fishers Justin Long as he gets a hand on the ball as Jeffrey Simmons comes from the backside to defend the ball. 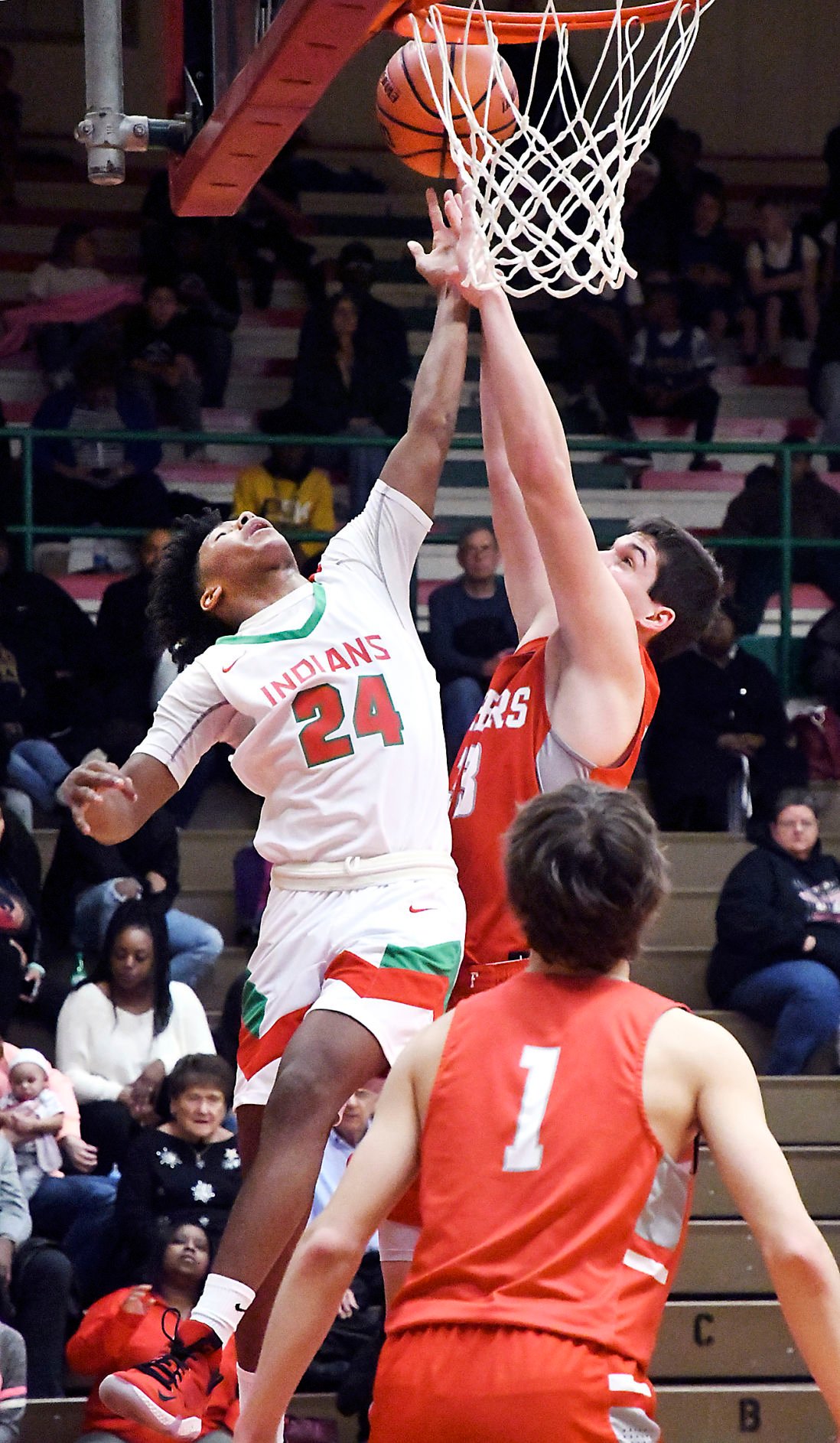 Fishers Bryce Williams gets a hand on the ball as Anderson's Eric Troutman drives the lane.

Anderson's Eric Troutman gets caught up with Fishers Justin Long as he gets a hand on the ball as Jeffrey Simmons comes from the backside to defend the ball.

But like against Richmond, the Indians were unable to keep up with Fishers and its size, speed and experience.

Anderson fell to the Class 4A 18th-ranked Tigers 94-58 for its 10th straight defeat and dropped to 1-19, as Fishers was more than too much for a freshman- and sophomore-dominated Indians squad.

Fishers (15-5) blew by the Indians after the hosts controlled the first quarter and led 12-6 with over a minute to go. Anderson led Richmond early in the second half six days ago

It was the second most points an opponent scored on the Indians this season; the high was 100 by Lafayette Jeff.

“We did a really good job preparing for Fishers and I think we came out prepared to make them play at our tempo,” Anderson acting head coach Jamares McCloud said. “In that second quarter, once we made our run, we did a poor job of getting back stopping them and defending them.”

The Indians’ half-court game worked very well in the opening seven minutes, with Dayveon Turner hitting a couple of 3-pointers against the Tigers’ zone, and the Indians working for three other baskets, one by Turner.

Fishers began to take control with back-to-back triples by Bryce Williams and Charlie Smith, and those put the Tigers ahead 20-14 early in the second quarter.

The Tigers were able to play their running style and went on to outscore Anderson 29-10 in the second, and they led 39-25 at halftime.

“We slowed them down and made them swing, swing, swing, and had a guy that wasn’t used to scoring shooting,” McCloud said. “In the second quarter, they got back to their usual (offense), everybody touch it and their big guy scores. We got away from our game plan.”

It became a 20-point game (53-33) midway through the third quarter, before the Indians ran off six straight points. But the Tigers kept it in overdrive and doubled the Indians in the final period, 32-16.

Anderson turned the ball over 19 times in the final three quarters after committing only three miscues in the first.

“I grew up playing against Fishers in high school and I think the biggest compliment I can give Fishers is, they’re a totally different team that when I played against them,” said McCord, a 2011 Noblesville graduate. “They just play team basketball and they aren’t concerned about individual stats, and they just move the ball.”