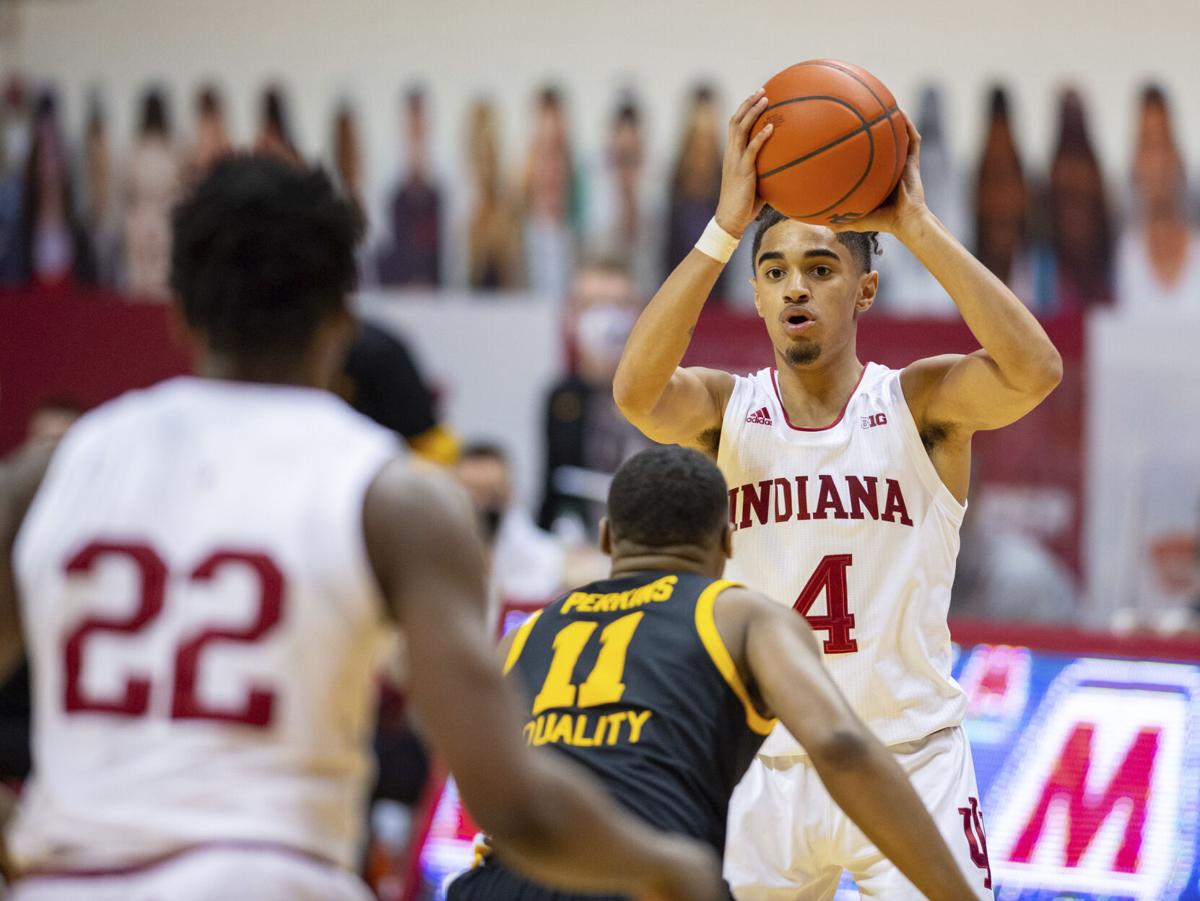 Indiana guard Khristian Lander (4) looks to pass the ball off during the second half against Iowa on Feb. 7 in Bloomington. 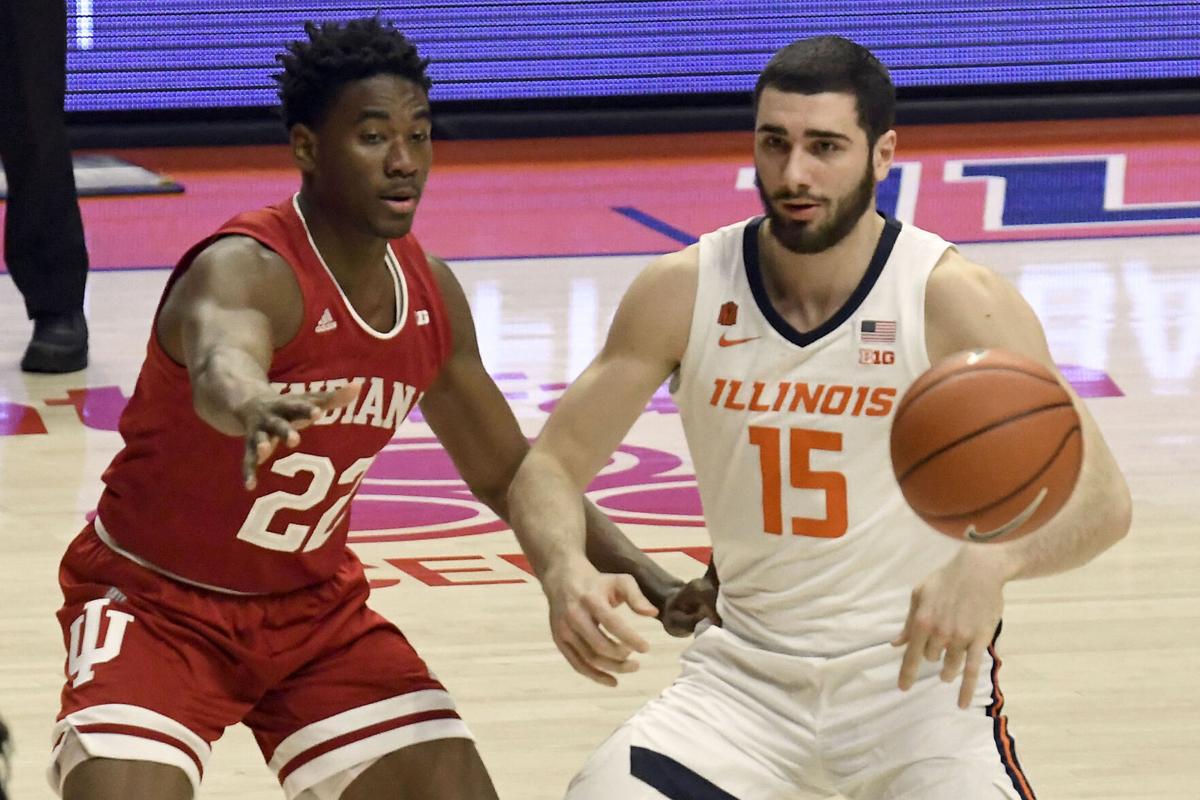 Indiana guard Khristian Lander (4) looks to pass the ball off during the second half against Iowa on Feb. 7 in Bloomington.

BLOOMINGTON — A pair of Indiana men’s basketball freshmen – point guard Khristian Lander and forward Jordan Geromino — both took their names out of the transfer portal last night, signaling their decision to return as sophomores.

Geromino and Lander both went through their ups and downs as freshmen, but both have apparently bought into the vision set forth by new IU coach Mike Woodson centering on player development.

Geronimo’s best game of the season came in his ability to frustrate Iowa senior forward and national player of the year Luka Garza with his perimeter defense in IU’s 81-69 upset win at Iowa on Jan. 21.

The 6-2, 185-pound Lander reclassified and enrolled at IU as a 17-year-old last season. He struggled to gain consistent playing time due to defensive lapses, averaging just 2.1 points and 1.2 assists while shooting 25% from the field. Late in the season, Lander did show flashes of the speed with the ball and court vision that made him a five-star recruit out of high school but was unable to unseat Rob Phinisee as IU’s starting point guard.

Two IU starters – guard Armaan Franklin and forward Race Thompson — both remain in the portal, undecided on whether they will return to the program. The 6-4 Franklin was IU’s second-leading scorer at 11.6 points per game while battling ankle and foot injuries. The 6-8 Thompson, IU’s fourth-leading scorer (9.3 points per game) and second-leading rebounder (6.2 rebounds per game) last season, was the most physical player for the Hoosiers and their best post defender.

IU forward Trayce Jackson-Davis, who announced his decision Friday to return for his junior season and is an Indianapolis-area native like Franklin, said he would like to see Franklin return.

“Talked to him a little bit,” Jackson-Davis said. “Trying to give him his space. He needs to make his decision that’s best for him, obviously, first and foremost. I want him here. I know he’s iffy. He doesn’t know. He’s a guy that is more about trust. He’s not a guy to take a leap of faith. He just really wants to see, kind of hear what Coach Woodson has to say a little bit more before he makes his decision. That’s fine with me. He can take all the time he needs.

“I know I want him here, and I want to play with him next year.”