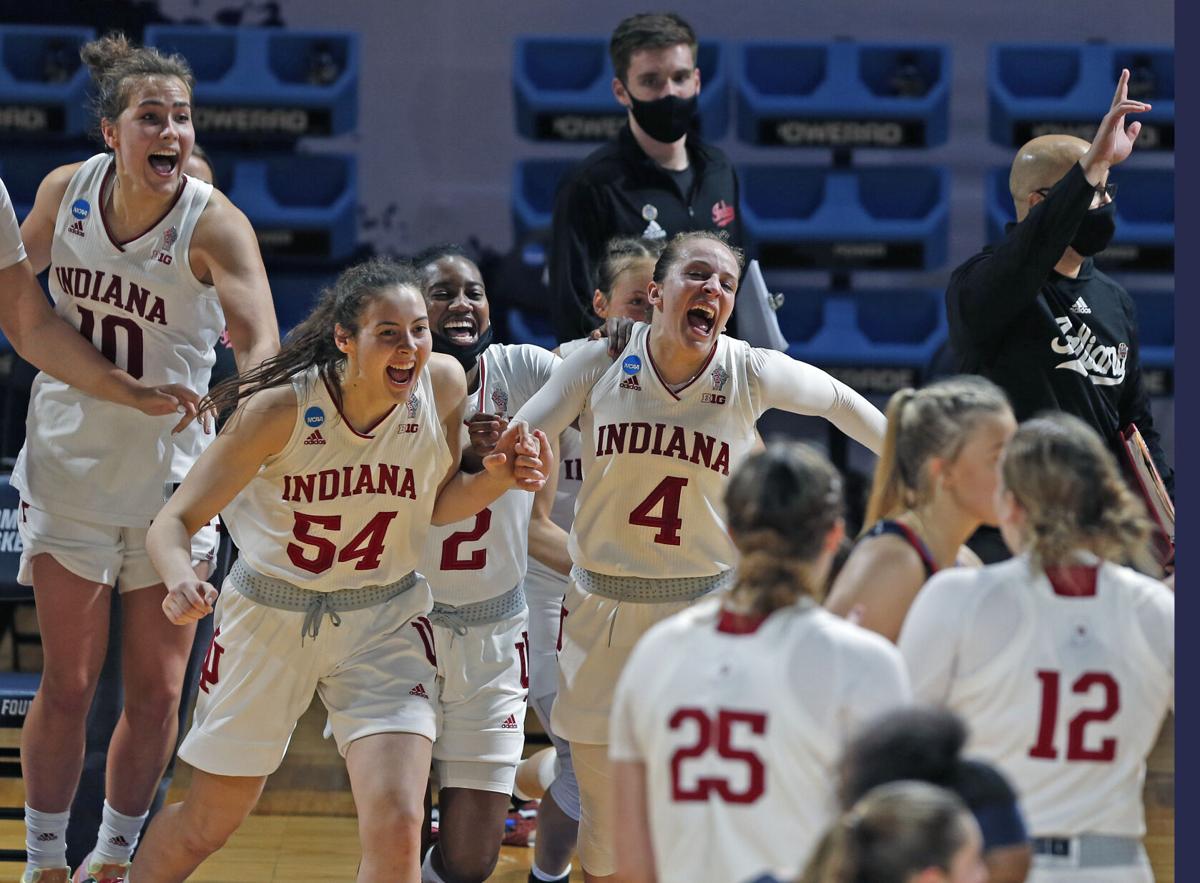 Indiana celebrates at the end of a game against Belmont in the second round of the NCAA Tournament at Greehey Arena in San Antonio on Wednesday. 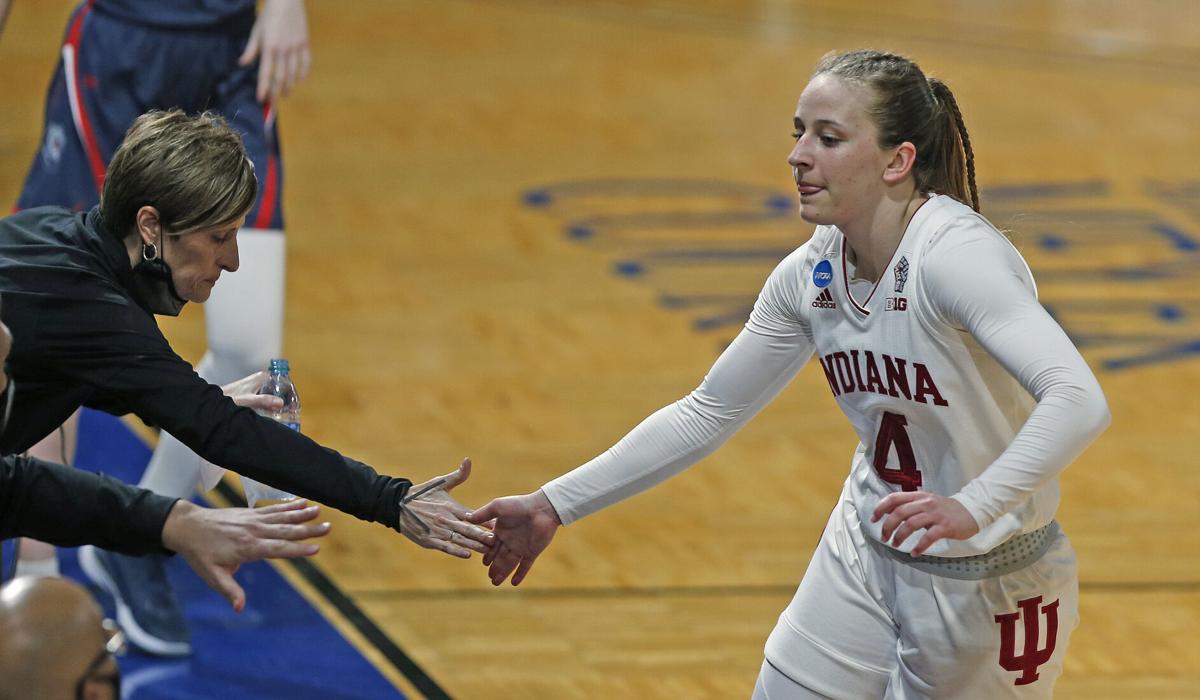 Indiana guard Nicole Cardano-Hillary is greeted by Indiana head coach Teri Moren during the second half Wednesday against Belmont in San Antonio.

Indiana celebrates at the end of a game against Belmont in the second round of the NCAA Tournament at Greehey Arena in San Antonio on Wednesday.

Indiana guard Nicole Cardano-Hillary is greeted by Indiana head coach Teri Moren during the second half Wednesday against Belmont in San Antonio.

Indiana women’s basketball coach Teri Moren emerged from a postgame celebration following IU’s 70-48 win over Belmont in the second round of the NCAA Tournament drenched from head to toe.

“Those kids were very excited and got me pretty good in the locker room afterwards,” Moren said. “But that’s OK. Wet pants, wet shirt, wet hair, in order to just watch the pure joy that these kids have right now is well worth it.”

Fourth-seed Indiana is moving on to the Sweet 16 of the NCAA Tournament, where it will face the top seed in the Mercado Region, North Carolina State, on Saturday (6 p.m., ESPN2).

“Anytime you are the first team to do stuff in your program, it’s a big deal,” IU junior forward Grace Berger said. “That’s why we came to Indiana and just believed in coach and her vision for the program.”

“It’s amazing what can happen when no one cares who gets the credit, as another Hoosier had said that a long time ago,” Moren said, referring to Martinsville native, former Purdue star and UCLA legend John Wooden. “They just don’t care how we win, who scores, who is going to guard, who is going to rebound, who is going to fill the stat sheet with assists. It hasn’t mattered.”

Indiana (20-5) played at St. Mary’s school gym in San Antonio, Texas, after playing its first game at Texas State in San Angelo. But the Hoosiers took their defense with them. After holding VCU to 32 points Monday in its opening tournament win, Indiana once again rode its defense, building a 30-18 halftime lead. IU finished the game holding 12th-seed Belmont to 31.7% shooting from the floor, 5-of-26 from 3-point range and scored 16 points off 12 Belmont turnovers.

Moren said the defensive effort began with the job Cardano-Hillary, a transfer from George Mason added this season, did in containing Wells.

“What we told Nicki to do was make it as hard as you can, for No. 11 (Wells), all night,” Moren said. “She had help … the thing I love about Nic is she’s a competitor, and she is not afraid of the moment.”

In the second half, Indiana continued to build its lead, eventually stretching it to 26 before bringing in its reserves in the closing minutes. Belmont (21-6) had its 11-game win streak snapped, while IU was able to secure its sixth straight 20-win season.

“We’re really excited,” Berger said. “That’s an understatement. We also know we’re not done yet, and we’re ready to come out and play again this weekend.”