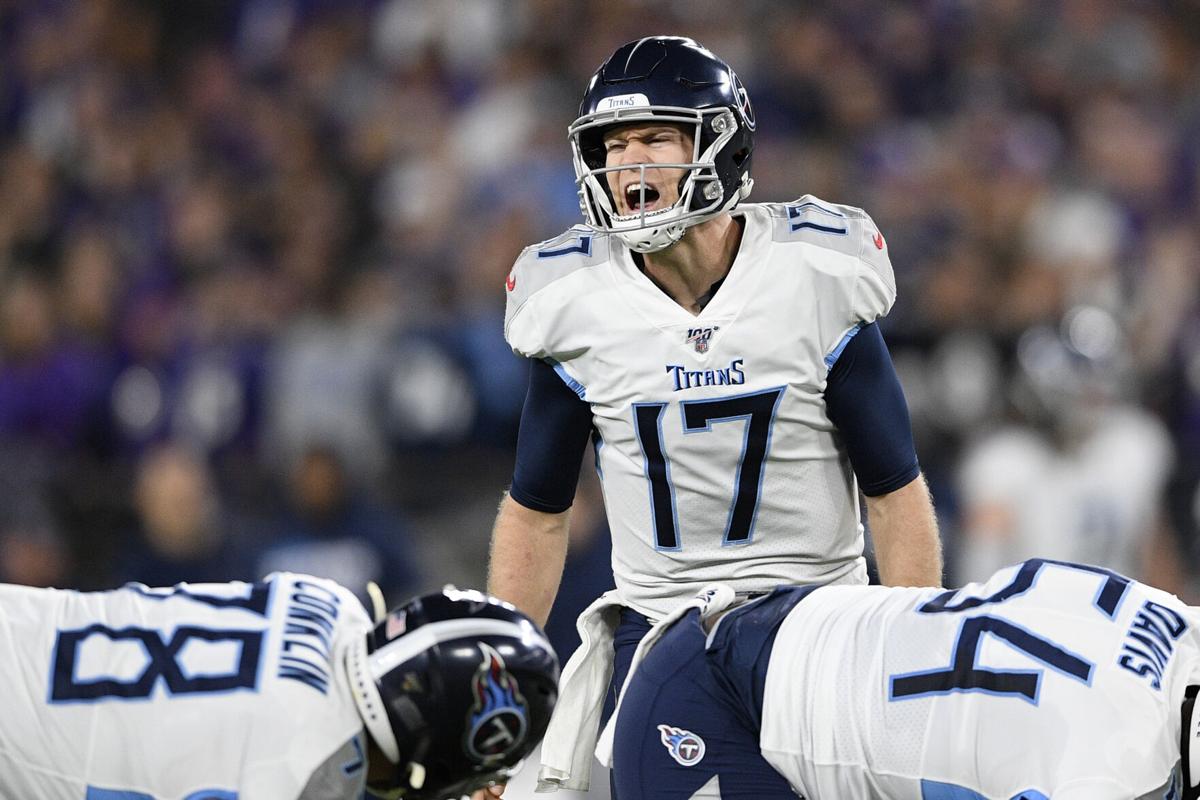 Tennessee Titans quarterback Ryan Tannehill yells out signals against the Baltimore Ravens on Jan. 11 in Baltimore. 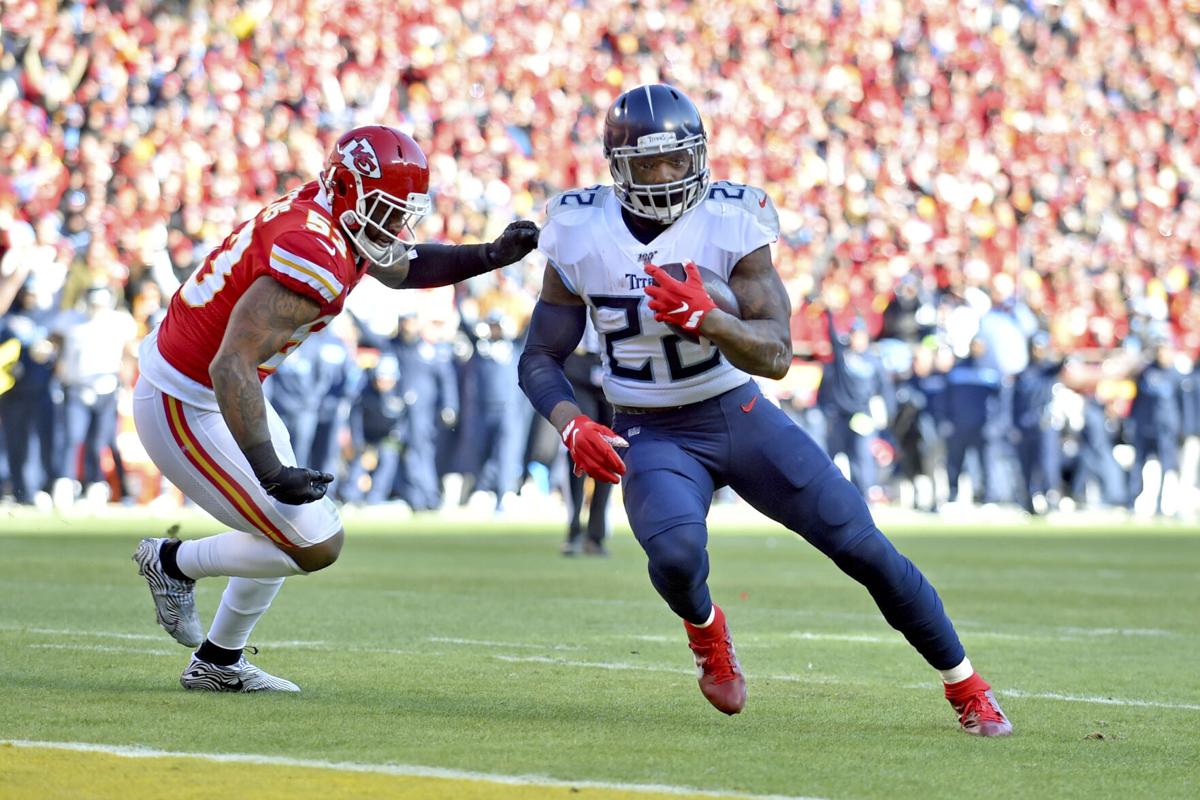 Tennessee Titans quarterback Ryan Tannehill yells out signals against the Baltimore Ravens on Jan. 11 in Baltimore.

INDIANAPOLIS — The Tennessee Titans made two big bets this offseason. The outcome of those gambles will determine the franchise’s ability to build off its sterling postseason run.

That provided a happy ending to one of 2019’s best comeback stories. The eighth overall pick out of Texas A&M in 2012, Tannehill was largely viewed as a bust for the Miami Dolphins.

He posted a 42-46 record as a starter, made no playoff appearances and lost the entire 2017 season to a knee injury. A converted wide receiver, there were flashes of the potential suggested by his athleticism — including an 8-5 record as a starter in 2016 — but no consistency.

Miami ultimately unloaded Tannehill along with a sixth-round pick for a 2019 seventh-rounder and a 2020 fourth-round selection last year. Expectations were low, with the quarterback considered insurance for Marcus Mariota — who was entering the final year of his rookie contract.

Tannehill wound up replacing an ineffective Mariota at midseason and went 7-3 as a starter as the Titans made a mad rush for a playoff berth. Along the way, he completed a career-high 70.2% of his passes for 2,742 yards with 22 touchdowns and six interceptions. He led the NFL with a 117.5 quarterback rating and 9.6 yards per pass attempt.

Tennessee is banking on Tannehill continuing to make defenses pay for loading up against running back Derrick Henry.

The question is how much longer Henry will be able to draw that level of attention. And that leads into the Titans’ second big bet of the offseason.

The 26-year-old will play the 2020 season under the franchise tag – for about $10.3 million – unless a long-term extension can be negotiated. That’s where things get tricky.

No position has a shorter shelf life than running back, with many players toiling on rookie deals during their peak years and struggling to earn big-money extensions or free agent deals. This offseason alone saw the Los Angeles Rams release Todd Gurley two seasons into a four-year, $57.5 million extension signed in 2018 and the Los Angeles Chargers allow Melvin Gordon to walk away in free agency after declining the fifth-year option in his rookie contract.

The 25-year-old Gurley reportedly will make $6 million on a one-year deal with the Atlanta Falcons in 2020, and the 27-year-old Gordon agreed to a two-year, $16 million deal with the Denver Broncos.

An argument can be made Henry was the most important player in last year’s playoffs aside from Kansas City Chiefs quarterback Patrick Mahomes. He rushed for 182 yards on 34 carries in a 20-13 upset of the Patriots in the wild-card round and followed that with 195 yards on 30 attempts in a 28-12 victory against the Baltimore Ravens in the divisional round.

That came on the heels of a regular season during which Henry led the NFL with 303 carries for 1,540 yards and 16 touchdowns and became a Pro Bowler for the first time. Tennessee can place the franchise tag on the 6-foot-3, 247-pound rushing star twice more, but the team would prefer to work out something more permanent.

“I’ve said it before, we want Derrick around here for a long time,” Titans general manager Jon Robinson told NFL Network’s Good Morning Football last month. “We’re working on that. We continue to have back and forth with his representation. He’s an important part of what we do. He’s really good at running the football. He does an outstanding job when we hand it to him of finding those holes, attacking it, making yards that may not be there.

“But it’s finding a common ground. For really any negotiation, regardless of the position, you’re trying to find some common ground there on what makes the best sense for the player and what makes the best sense for the football team. But Derrick’s – there’s no doubt about it – he’s an important part of our football team, and we want him there for a while.”

Henry will run behind a new right tackle this season after Jack Conklin left as a free agent to join the Cleveland Browns. Veteran Dennis Kelly and first-round rookie Isaiah Wilson are expected to compete for that role.

Veteran cornerback Logan Ryan was not re-signed, and defensive tackle Jurrell Casey was traded to the Broncos. The Titans imported cornerback Jonathan Joseph from the AFC South-rival Houston Texans and drafted LSU corner Kristian Fulton in the second round.

Those moves – along with the departure of tight end Delanie Walker – will give the team a new look in 2020.

But it’s Tannehill and Henry who will do the most to determine whether the Titans can make another deep postseason run.

“We’re going to remind ourselves that we’re trying to be great every day,” head coach Mike Vrabel told The Tennessean in April. “Instead of throwing it out there, ‘Hey, I’m good,’ (we say) ‘I’m great.’ We’ve got to believe that we can be great to take the next step and do that every single day.”