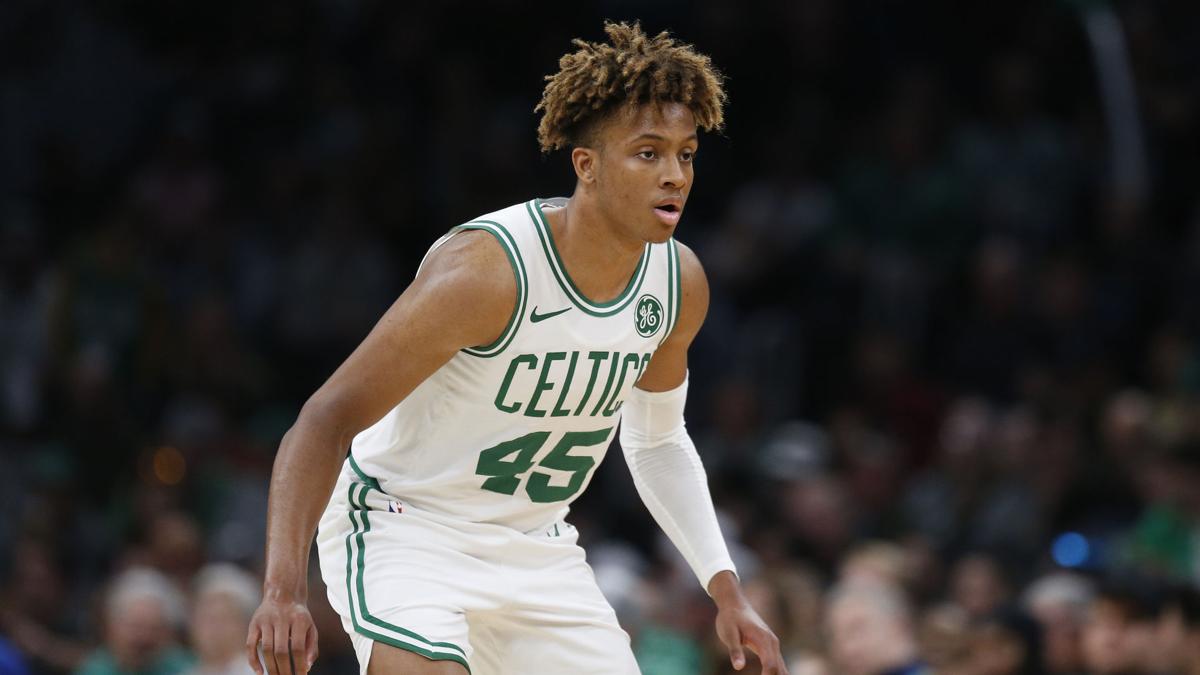 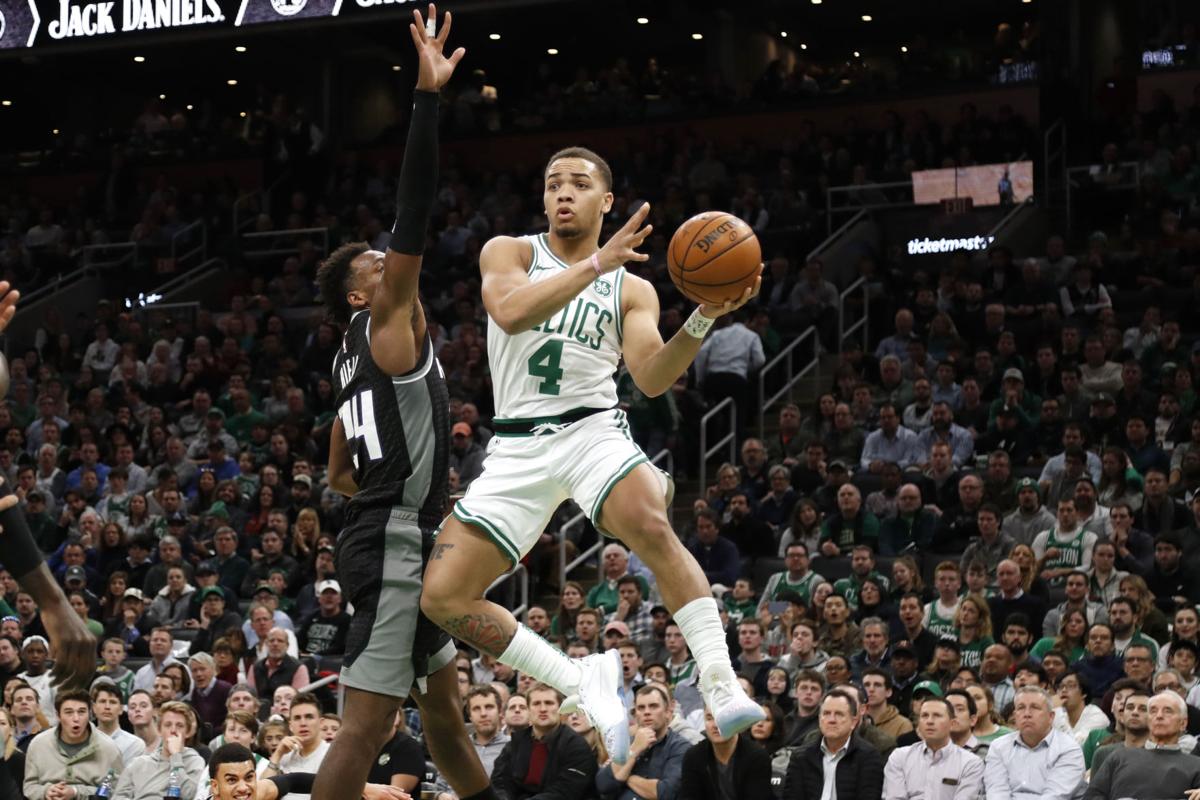 INDIANAPOLIS — As NBA rookie teammates with the Boston Celtics, former Indiana standout Romeo Langford and former Purdue standout Carsen Edwards are learning playing time can be hard to come by.

Langford has been riddled with injuries since being drafted with the 14th overall pick in the first round last June. The former New Albany High phenom and IU standout guard was activated before Wednesday night’s game between the Celtics and Indiana Pacers but did not play.

Edwards, meanwhile, played seven minutes off the bench, sinking a 3-pointer while finishing with three points and one rebound as the Pacers beat the Celtics 122-117 at Bankers Life Fieldhouse.

Langford had been dealing with an ankle injury, the latest in a series of injuries that has curtailed his offseason development. He sat out summer league play while still recovering from a broken thumb he suffered while playing at IU, then suffered a groin injury during preseason. In a game with the Celtics’ G League affiliate in Maine last month, Langford sprained his ankle.

But after being cleared following a workout Tuesday, Langford was activated to replace Celtics guard Marcus Smart, who was out with an illness.

Langford said he’s tried not to let the injury setbacks affect him.

“I just look at the bigger picture,” Langford said. “It’s a long season. I have a long career, so this is just a little minor setback just here for a little bit. This is a little bitty piece of my career and my journey, so it’s really not that big.”

Langford had a large contingent of fans from New Albany at the game, and some fans wearing Langford’s No. 45 Celtics jersey were scattered throughout the arena. Langford said he wanted to wear No. 1, but it was retired in honor of former Celtics owner Walter Brown, so he chose 45 instead.

“That’s the only number I could think that’s halfway decent,” Langford said. “Michael Jordan wore it once, so that’s why I picked it.”

As for the support from his hometown at the game, Langford said: “That’s home. That’s where I’m from. I love them. They love me. They showed it. They’ve always shown it. They’re going to continue to show it. I’m always going to be there for them.”

Langford still follows the Hoosiers and was happy to see them beat Connecticut on Tuesday night. He still talks to a number of players on the team, including Rob Phinisee, Damezi Anderson, Jerome Hunter, Al Durham and Devonte Green.

Celtics coach Brad Stevens still has faith Langford will contribute this season and beyond.

“Romeo has got a chance to be a really good player,” Stevens said. “The No. 1 thing that he brings to the table is just he’s got a feel for the game. He’s obviously got length, athleticism and all that stuff, but he’s able to read the game and read tough things on the fly, so in situations where he has been available to go, he’s really done a nice job of that.

“So he’s improved, but obviously the deal with all of the little injuries and the nagging things just ultimately sets you back. It makes it difficult in this league.”

Stevens would like for Langford to get more playing time in Maine to continue to develop.

Edwards, who led the Big Ten in scoring at 24.3 points per game at Purdue last season as a 6-foot-1 shooting guard, has shown flashes of scoring ability off the bench for the Celtics before hitting a recent offensive funk. Edwards scored 18 points in a Nov. 13 game against Washington but hasn’t scored in double figures since. He entered Wednesday averaging 4 points, 1.8 rebounds and 0.9 assists in 11.4 minutes.

“It’s a learning experience, and at the end of the day, I understood what I was getting into,” Edwards said. “I was coming to a team that has a lot of good players, so I’m just trying to get in where I can fit in and just trying to focus daily on my role.”

Like Langford, Edwards signed autographs for a large contingent of Purdue fans who came to see him play.

“Not being too far from campus, it brings some memories back,” Edwards said.

Stevens said given the playing time hierarchy on the Celtics, Edwards has done a good job filling and accepting his role.

“Carsen’s role is obviously to come in and pressure the ball, and then take and make shots when they present themselves,” Stevens said. “It’s a little bit different, and it’s hard to adjust to, but he’s done a good job, and he’s had his moments. We think we can throw him in a game and he can change the complexion of a game in a couple of possessions, which at this age and stage is pretty good.”

Despite playing for rival teams last season, Edwards said he’s developed a friendship with Langford as the two have gone through their ups and downs as rookies.

“We’re still going through it together, so we’re good friends and we talk a lot,” Edwards said. “We hang out together.”