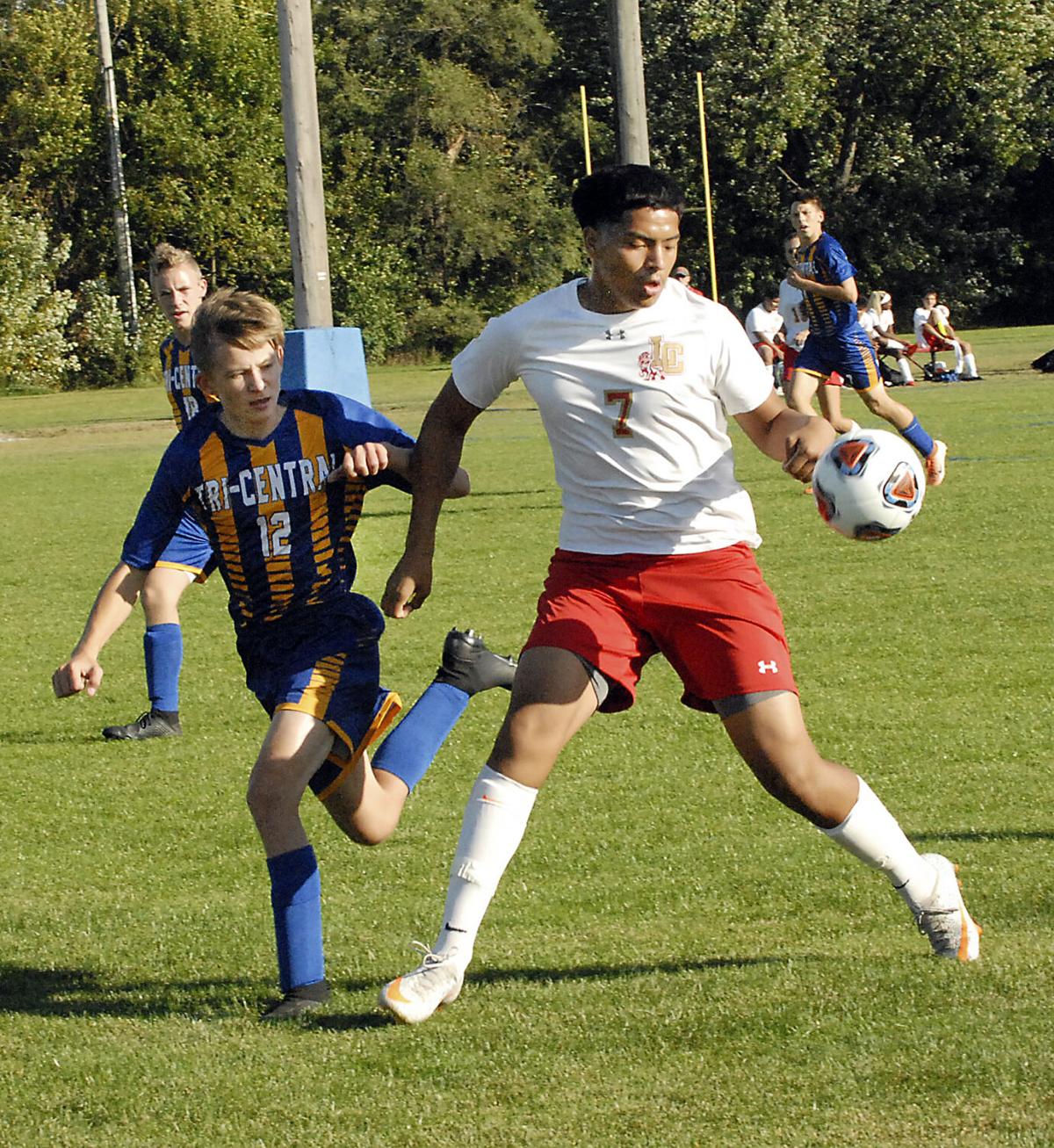 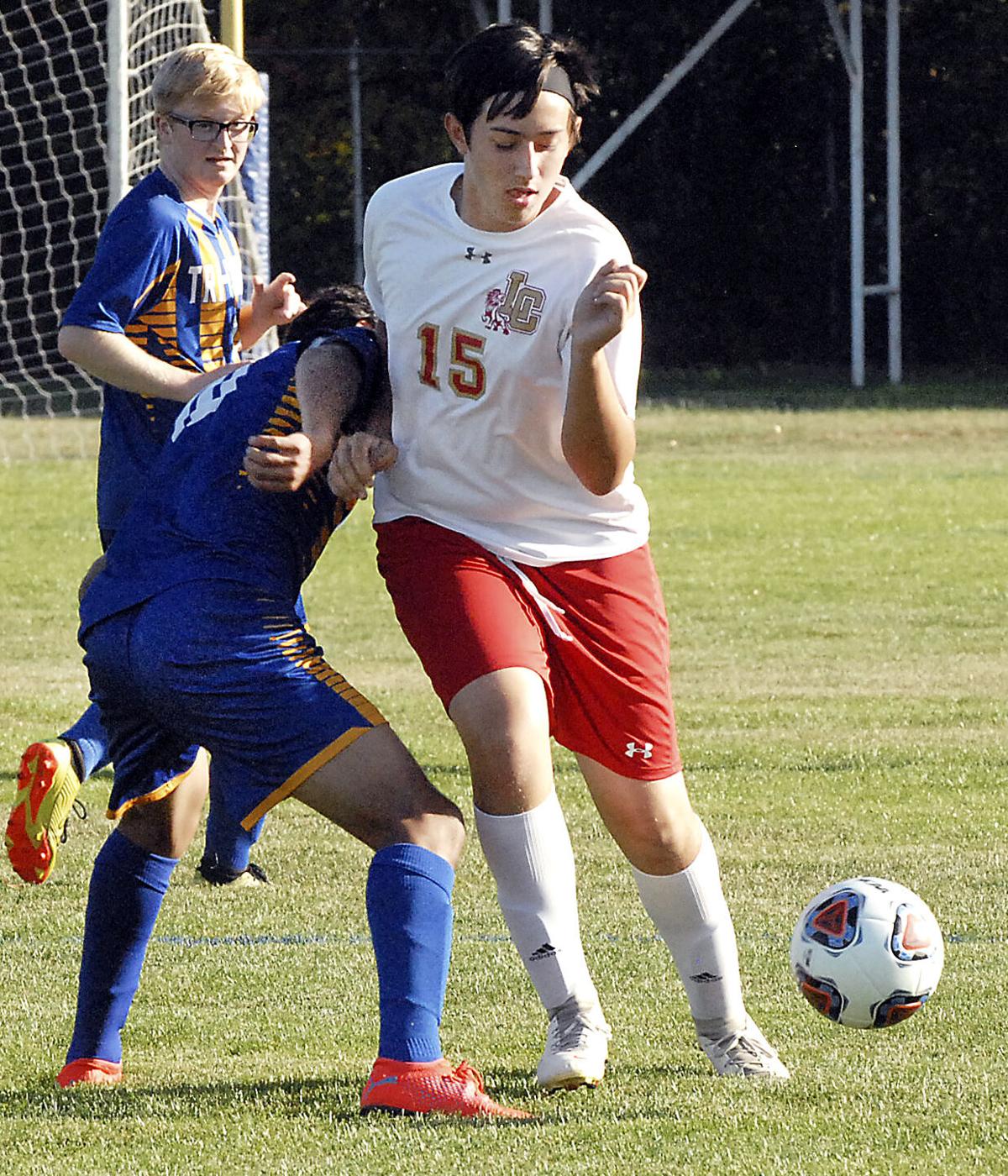 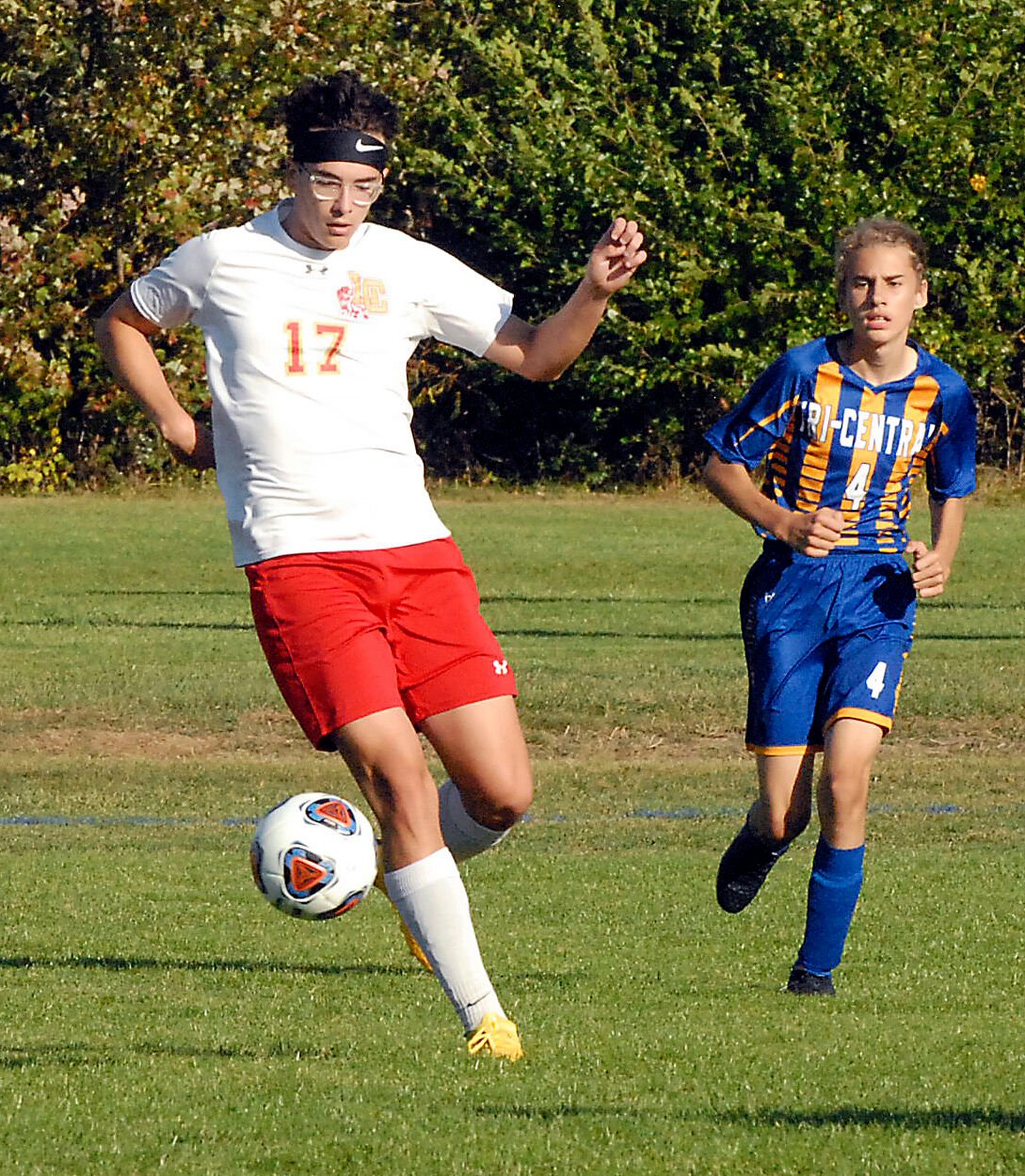 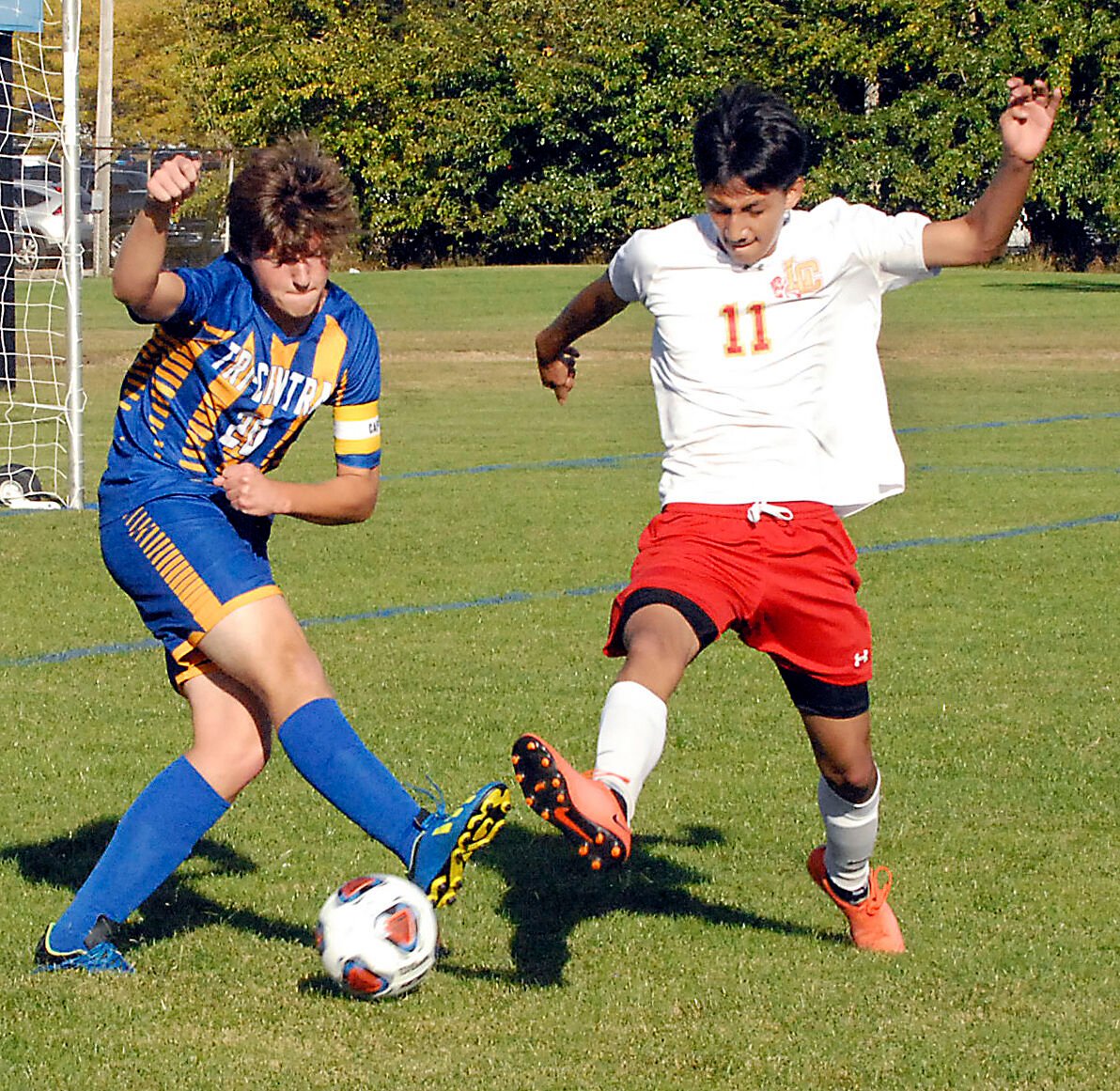 ANDERSON — Both the Liberty Christian soccer team and its star senior, Joshua Cabello, have big goals in mind for this postseason, which the Lions took a big step toward realizing Wednesday evening.

In Cabello’s case, it was several big steps.

Cabello scored four goals to move within one of the school’s scoring record for a single season, and the Lions dominated Tri-Central 7-1 at Anderson Prep’s Guillaume Stadium to advance to Saturday’s sectional championship game.

LC (13-3) is seeking its third soccer sectional championship in four years and will meet Sheridan (7-2-1) at 7 p.m. Saturday after the Blackhawks won the second semifinal 4-1 over Taylor (0-11).

“We want to be in this championship game every year,” Liberty coach DJ Callahan said. “We’re where we want to be. Now we take our one game that’s in front of us, win it and we move on.”

The Lions’ offense came out aggressive early but had little to show for it midway through the first half. Seven early shot attempts missed the mark until the younger of the Cabello brothers, sophomore Josiah, put the first tally on the board.

In the 20th minute, junior midfielder Beckham Chappell lofted a pass to Josiah Cabello in the penalty box, and he put home his third score of the season. It was Chappell’s team-best fifth assist.

For the next 11 minutes, the Liberty offense continued to play pepper with Tri-Central (3-12) keeper Jacob Shevely but without much luck. Shevely kept the game tight with eight more saves during the stretch, and the Lions were wide of the mark another four times.

But sophomore Abraham Tapia broke the spell when he found the back of the net at the 9:31 mark for a 2-0 lead. Then the senior Cabello went to work.

Barely a minute-and-a-half later, at the 8:53 mark, he scored for a 3-0 lead and again with 7:12 left on the first-half clock, he booted home his second of the night off a Cole Foreman assist, and the Lions took a commanding 4-0 lead into halftime.

“We did plan on passing and moving with speed early to get our chances,” Callahan said. “I’d say the first five minutes were slow, but from there on we looked how we wanted to look.”

Just under nine minutes into the second half, Cabello made it a hat trick as he made it 5-0 off a long assist from junior keeper Tyler Houk. Cabello read the kick perfectly and scored easily on Houk’s second assist of the season.

“He practices his punts every day, and he’s looking for that run down the middle,” Cabello said. “I just happened to be there. It was a good punt. “

“Whenever I get a save, I usually look right up at Josh,” Houk said. “If he has open space, I just boot down there to him.”

At the 20-minute mark, Cabello found that space again for his fourth goal of the night and his 19th of the season, putting him one behind Brayden Etherington’s single-season mark of 20 from 2017, Liberty’s first sectional championship season.

“Josh is so big and strong, he’s worked so hard his whole four years to get better and better,” Callahan said. “This year has been a fun image of all that work coming together.”

Although a Conner Hight shot eluded Houk at the 30:07 mark of the second half for Tri-Central’s lone goal, the junior recorded his 500th career save moments later, as announced by the signs held up by the LC contingent in the stands.

“At the beginning of the season, I didn’t realize I was so close to 500,” Houk said. “Then I kept getting more saves and more saves, and I thought I could get to 500 this season. When the crowd erupted for me, it brought joy to me.”

“It’s big. He’s been our goalie since his freshman year, and he’s been big for us since then,” Callahan said. “Since Day 1, Tyler has showed up and played so well, and that 500 shows that he’s here to play every game.”

Foreman, who was part of the early LC onslaught of shots, finally cashed in with his sixth goal of the season on his eighth shot of the night with 12:31 remaining for the final score.