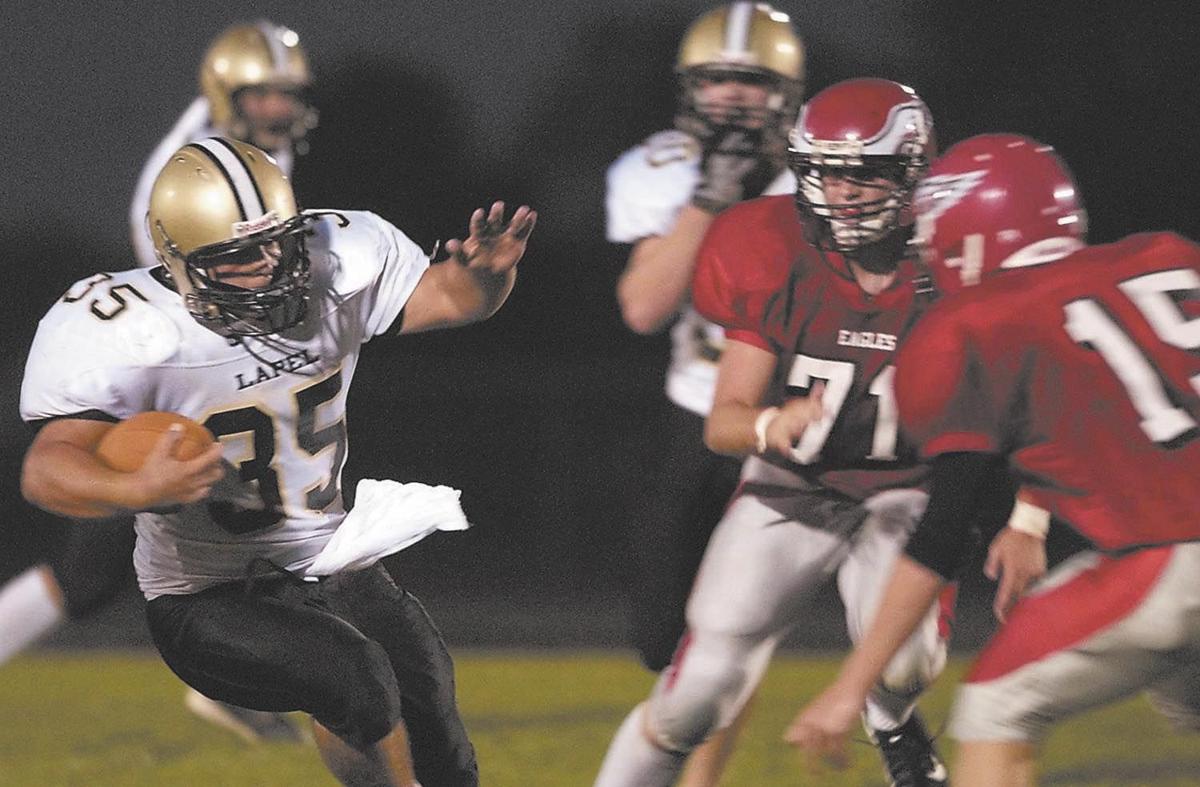 In the third quarter Lapel running back Shelby Weeks tries to get by Frankton defenders Taylor Hoffman and Tyler McKeon. 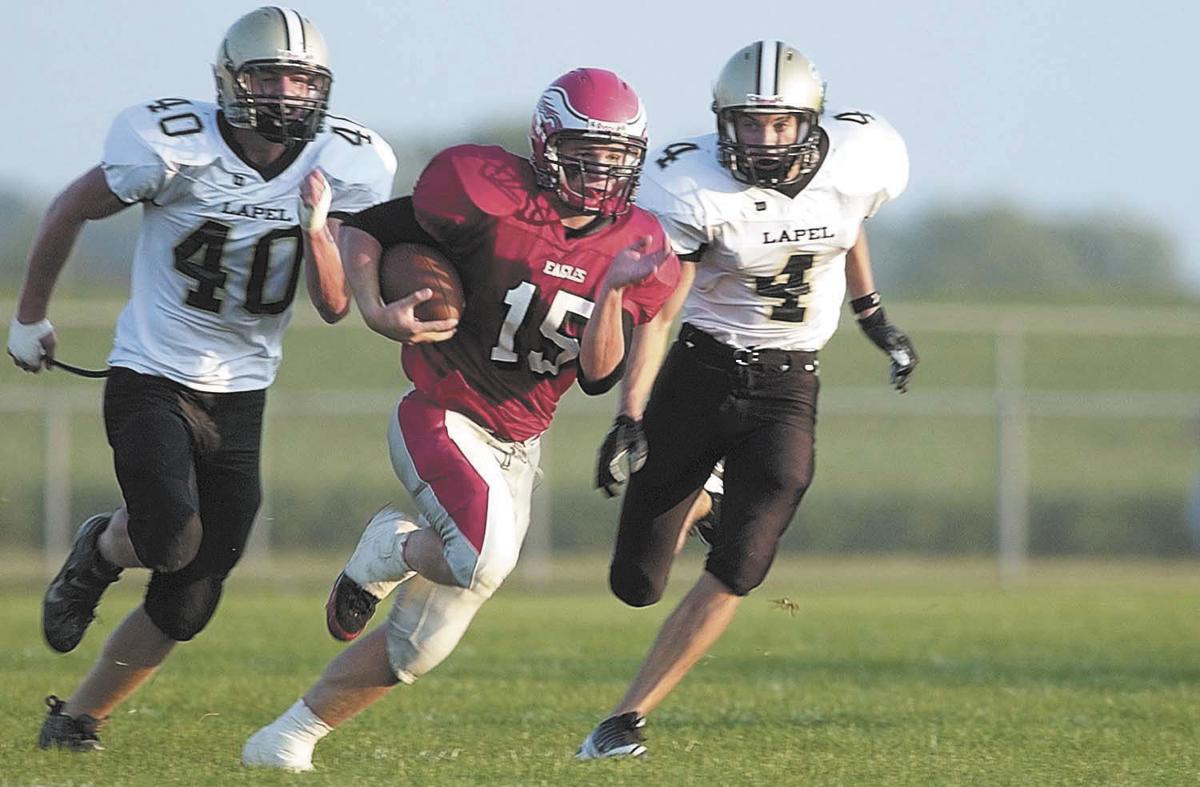 Frankton quarterback Tyler McKeon scrambles with Lapel defenders Jordan Watkins, no. 40, and Evan Roberts, no. 4, in pursuit during the first quarter.

In the third quarter Lapel running back Shelby Weeks tries to get by Frankton defenders Taylor Hoffman and Tyler McKeon.

Frankton quarterback Tyler McKeon scrambles with Lapel defenders Jordan Watkins, no. 40, and Evan Roberts, no. 4, in pursuit during the first quarter.

Every once in a while, neighbors just need to air out their differences. That’s going to happen tonight at Lapel High School for the annual gridiron clash between the visiting Frankton Eagles and the hometown Bulldogs. Game time is 7 p.m. But sometimes people get caught in the middle of these proverbial backyard battles — friends, relatives, school employees and administrators. Frankton-Lapel Community Schools Superintendent Bobby Fields was once the athletic director at Lapel High School. And given his current position over both schools one wonders what colors Fields may choose for his wardrobe for tonight’s game. He may want to take a note from his predecessor. “(Former superintendent) Mr. (Ned) Speicher used to wear a shirt that was both colors,” recalled Frankton coach Otis Cress. “One side was red for Frankton and the other was black for Lapel.” Fields will not be taking his cue from Speicher, however. “I’ll probably be in blue, Cubbie blue,” said Fields, choosing to wear neutral colors for the game. Although that may not be a particluar scheme that Lapel head coach Nate Andrews would like to see. “I think he’ll be in white (tonight),” said Andrews. “I hope he’s not wearing that Cubbie blue; I’m a (Chicago White) Sox fan.” Color coordination aside, there’s also the aspect of familiarity in this school district rivalry. “The boys all know each other and hang out together,” said Cress. “But at the same time, when the whistle blows the friendship ends.” “I don’t know if it’s more intense now than it used to be. But I expect it to be a really good game,” said Fields. “I think Frankton is improved and I think Lapel is good.” “No question, it’s definetly intense,” said Andrews. “This is going to one of those games where the winner is the one that can outlast the other and keep hitting.” Lapel comes into the game after winning on the road at Tri-Central, 33-14, to open the season. Frankton was shut out last week at home, losing to Northwestern 35-0 at Otis Cress Field last Friday. “Obviously we’ve got to get the offense going and we’ve got to cut down on the turnovers; we had like five (against Northwestern),” said Cress. “They’re a bit larger than us, so we can’t miss blocks and we’ve got to get some quick plays.” For the Bulldogs the strength of their offense is their ground game with running back Shelby Weeks, who picked up 224 yards on 20 carries in the opener at Tri-Central last week. “Make no mistake, we’re going to run the football,” said Andrews. “That’s where we have our greatest chance for success.” “We’ve got to stop Shelby Weeks. He’s like 5-foot-9 and 240 pounds; he’s a bowling ball,” said Cress. “We’ve got to make someone else beat us. That means we have to play assignment football.” Over the last 15 years, the Eagles own an 11-5 advantage against the Bulldogs, including a sectional victory in 2004. But in the last five meetings, the Bulldogs have won four of those games, including three in a row from 2004 through 2006. Lapel coach Nate Andrews could not be reached for comment.