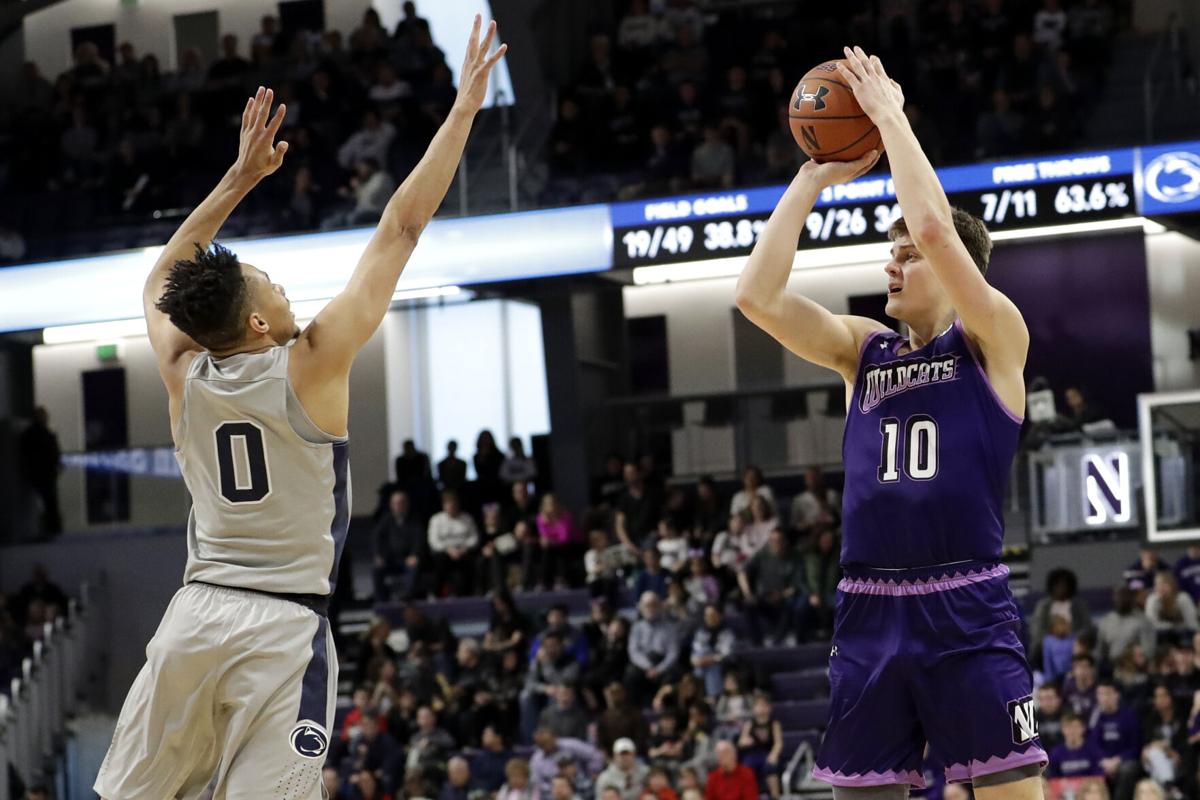 BLOOMINGTON – In three seasons playing in the Big Ten at Northwestern, Miller Kopp built a reputation as a shooter.

But in transferring to Indiana last spring, the 6-foot-7, 220-pound Kopp wants to show he’s a well-rounded player that’s accountable on both ends of the floor.

“It’s one of the reasons why I came here, was to be pushed,” Kopp said. “To be more than just a shooter and challenged defensively to be a better rebounder, especially at my size.”

Kopp will get those opportunities in practices leading up to IU’s season opener Nov. 9 against Eastern Michigan. He made 122 3-pointers in three seasons at Northwestern, with his best season for the Wildcats coming in 2019-20, when he made 65 3s, shot 39.6% from 3-point range and averaged 13.1 points.

“We recruited him to come here to make shots,” Indiana coach Mike Woodson said. “But I want more. He’s got to defend some, too. He hadn’t been used to switching or getting called in mismatches where he has to defend. He’s going to be held accountable because I’ve always told players throughout the course of a ballgame, you’re going to guard someone differently than the guy you started with. That’s just the nature of playing basketball.”

Kopp displayed his shooting acumen during IU’s summer exhibition tour in the Bahamas, going 3-of-4 from 3-point range and 5-of-9 from the field in IU’s 79-66 win over Serbian pro team BC Mega on Aug. 13.

“Miller adds a lot to our team,” IU sophomore forward Jordan Geronimo said. “He’s a great shooter. Also he can make plays on ball screens and make plays off that, and there are a lot of dimensions to his game that can really help us moving forward.”

For an Indiana team that finished 12th in the Big Ten in free-throw shooting percentage last season, Kopp should help at the foul line as well. Kopp hasn’t gotten to the line often in his career, but when he does, he’s reliable. He’s a career 85% free-throw shooter (130-of-153).

Kopp said another reason he chose to transfer to IU was to play in front of a passionate basketball fan base at a historic gym like Simon Skjodt Assembly Hall. Last season, in an opposing uniform, Kopp made 3 of 4 3-pointers and scored 13 points, helping spring Northwestern to a 74-67 upset of the Hoosiers.

“The energy is big time,” Kopp said. “The expectations are high every single year and high this year as well just because you have Coach Woody in here. You’ve got an all-star staff. You’ve got guys like Trayce (Jackson-Davis) coming back. There’s a lot of expectations where I feel like I thrive under pressure and under those expectations.”

Tip times and television designations were set for the majority of IU’s basketball schedule Tuesday. The Hoosiers will open the season Nov. 9 against Eastern Michigan at Simon Skjodt Assembly Hall, which will tip at 6:30 p.m. and air on Big Ten Network.