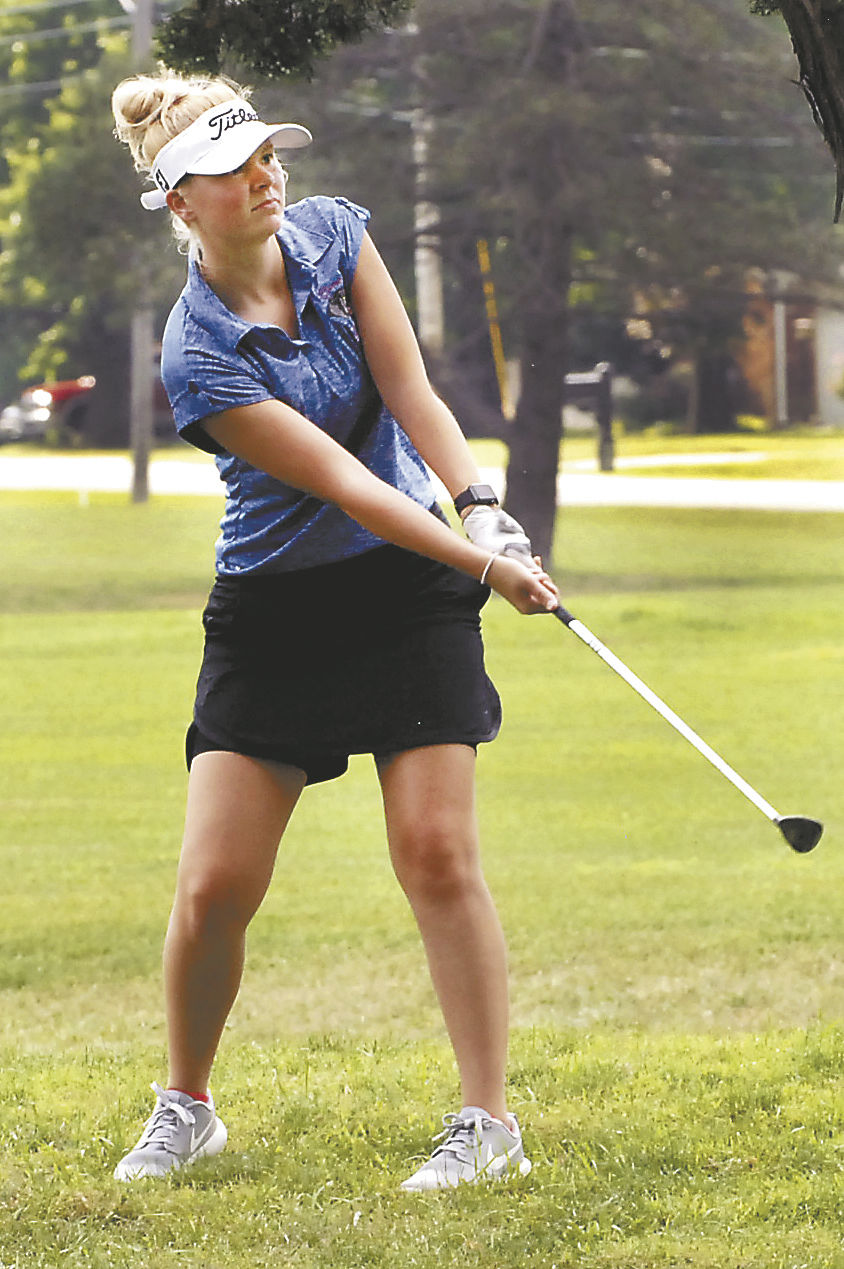 Elwood's Claudia Leavell chips her ball on to the green Tuesday. 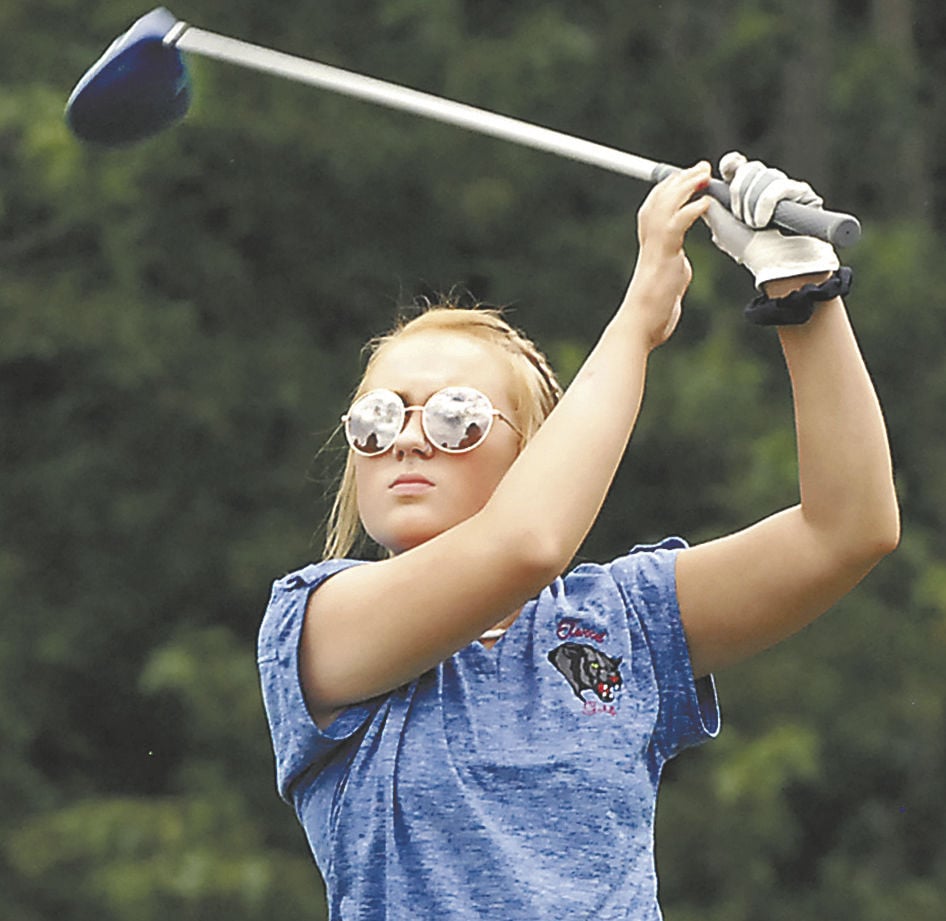 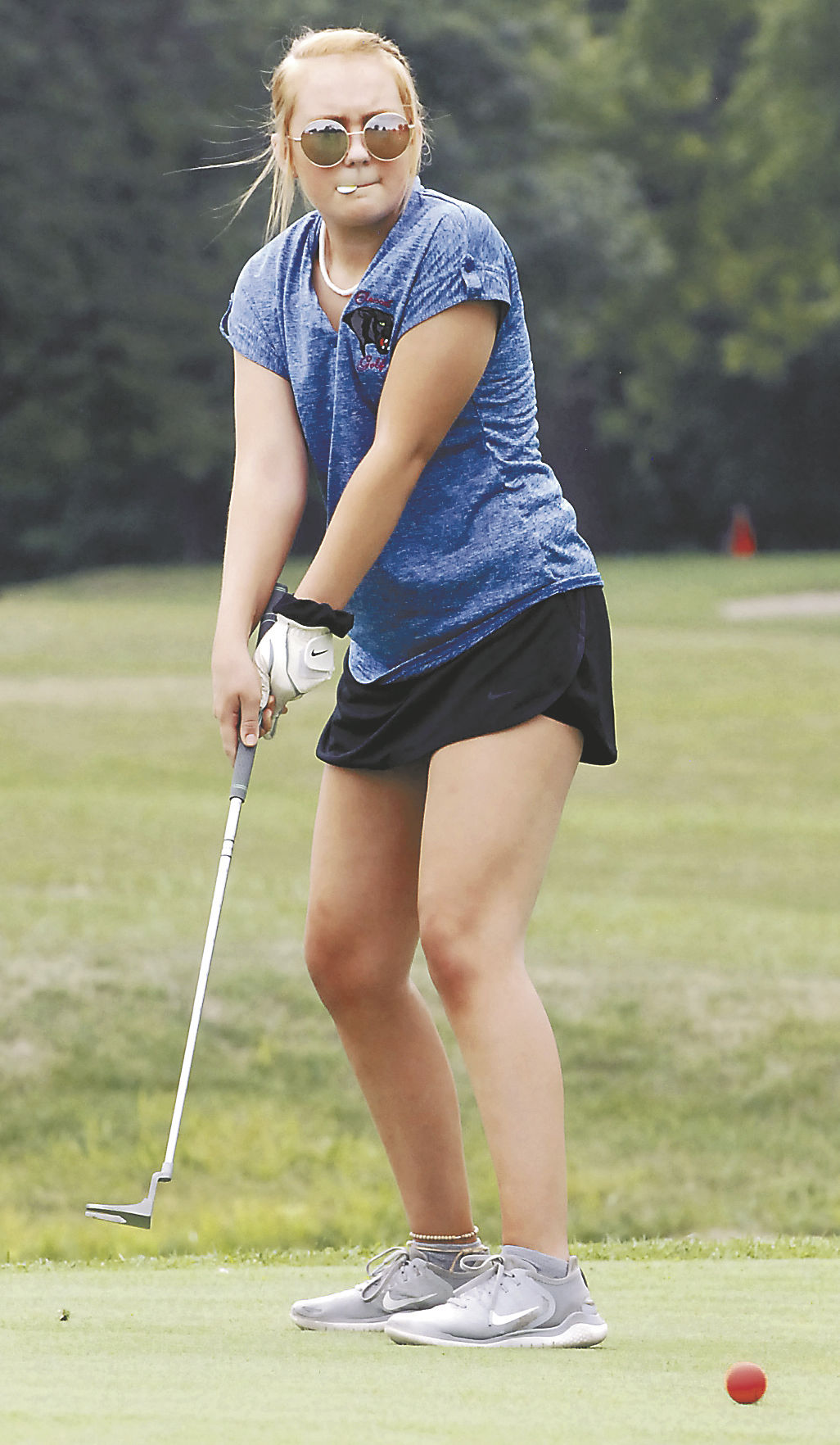 Elwood's Mady Deckard holds her ball marker with her lips while putting Tuesday. 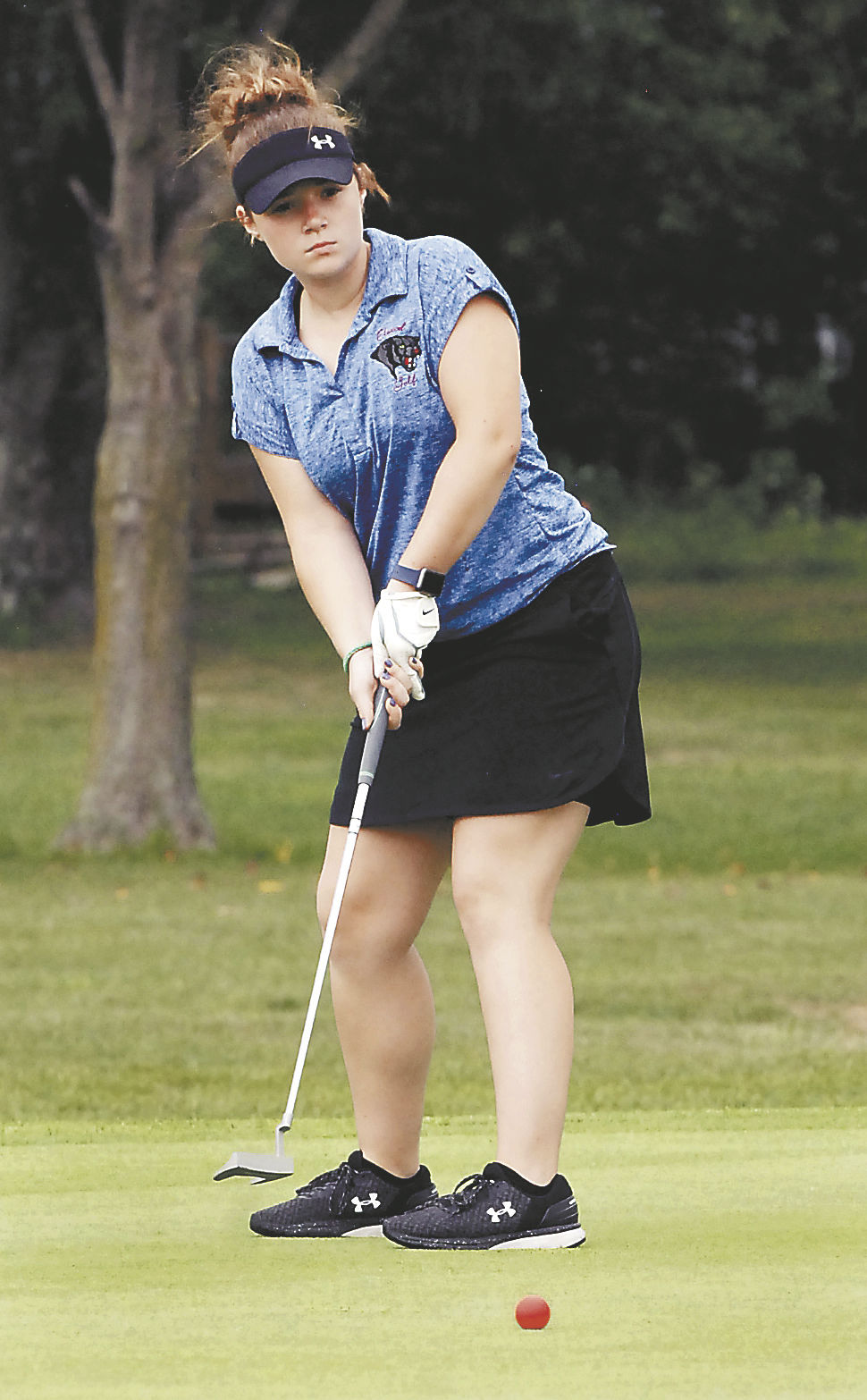 Elwood's Claudia Leavell chips her ball on to the green Tuesday.

Elwood's Mady Deckard holds her ball marker with her lips while putting Tuesday.

ELWOOD — Elwood's girls golf squad appears to be taking a liking to the newly-expanded Elwood Links course, with plenty more opportunities to come.

In a tuneup to the first of three 18-hole events at the Links, the Panthers on Tuesday had their first multi-school match of the season, with Muncie Central and Blue River Valley visiting Elwood.

While her golfers ended at the trailing end of the pack at 211 strokes to Muncie Central (200) and BRV (205), Elwood coach Lydia Retherford had few complaints.

"I felt like we played pretty good," Retherford said. "I liked Claudia (Leavell); she was in the 46 range, where I felt she should be."

Leavell, the Panthers' only senior, shot a season-best 46 on the par-35 south (new) nine. She recovered from a 6-over-par 18 on the first three holes and a triple-bogey on 6 to par the final two holes.

"She's only going to get better and I think bigger things are going to come her way," Retherford said.

Junior Sydney Tincher, the Panthers' No. 2 player, carded a 48, with a birdie on the par-4 seventh.

Sophomore Mady Deckard (No. 4) made her season debut and had a 57, and junior No. 5 Allie Johnson's 60 completed Elwood's team score.

Freshman Alyvia Savage, going as No. 6, shot 55, but that did not count in the team figure because only players in the first five on a squad are eligible for inclusion in a team score.

"My bottom four, they're really pretty consistent where they are," Retherford said. "(Savage), she scored better, but I couldn't use her score and that really stinks. You just never know, because they're hit or miss from day to day."

Muncie Central's Teddi Bishop was medalist, with a 33.

The Panthers, in three matches, have yet to score lower than an opposing team. They fell in duals last week to Alexandria and Wes-Del, and were missing Deckard and Tincher in the latter match.

"It's going to take some time, but I'm absolutely proud of how we're getting better each day," Retherford said.

Then it's back to the home Links Saturday for the Elwood Invitational, which includes Alexandria, Madison-Grant, Frankton and Shenandoah. Elwood hosts the Madison County Tournament Aug. 24 and the Central Indiana Conference meet Aug. 31.

Retherford said she expects both Leavell and Tincher to break 100 and the others not far over 100.

"We're very blessed," Retherford said. "Hopefully the back nine will be more forgiving than it was last year," when the golfers played the north nine twice in the invitational while the new nine was under construction.