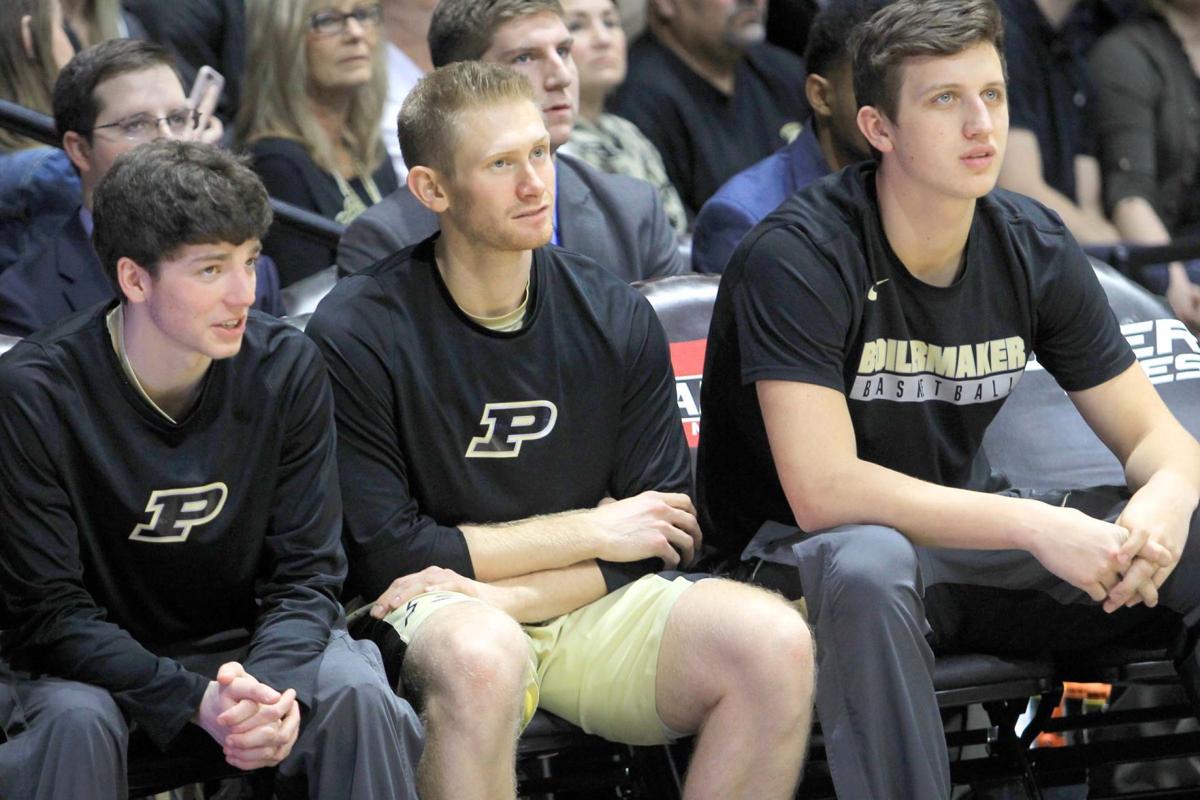 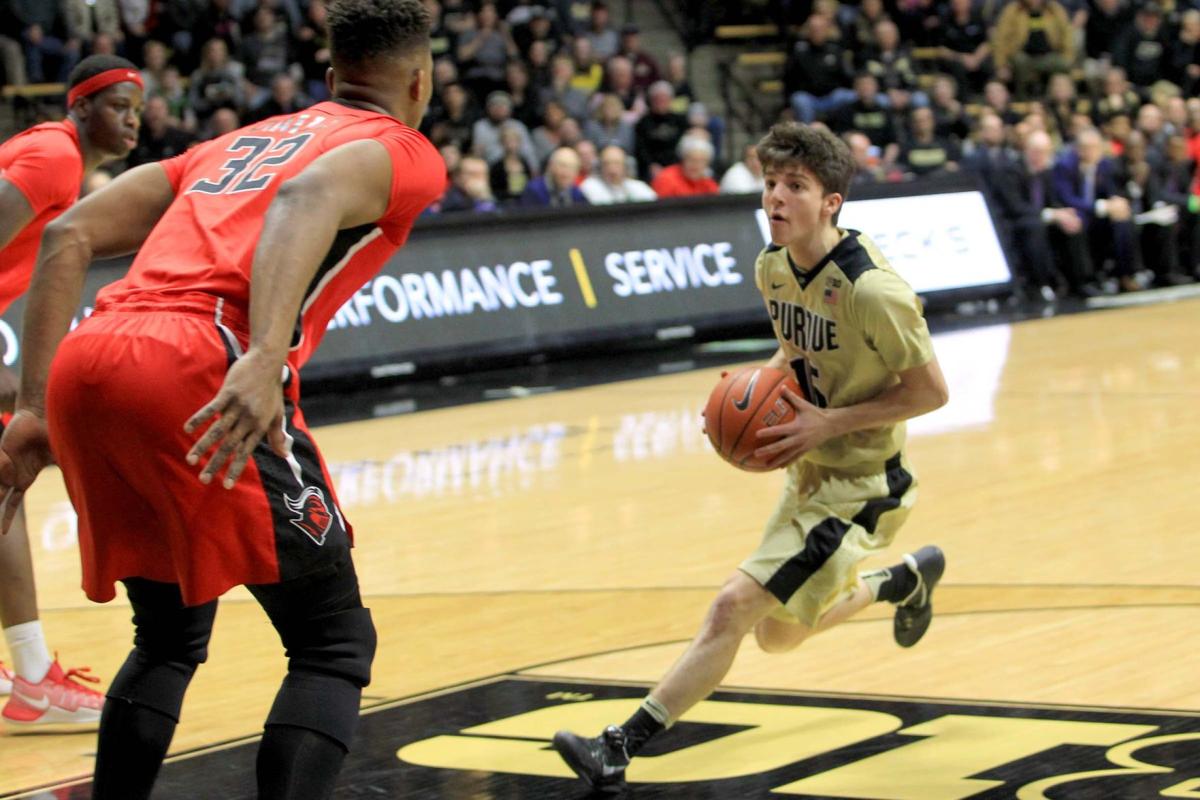 Purdue's Tommy Luce drives to the basket late in Tuesday's game against Rutgers. 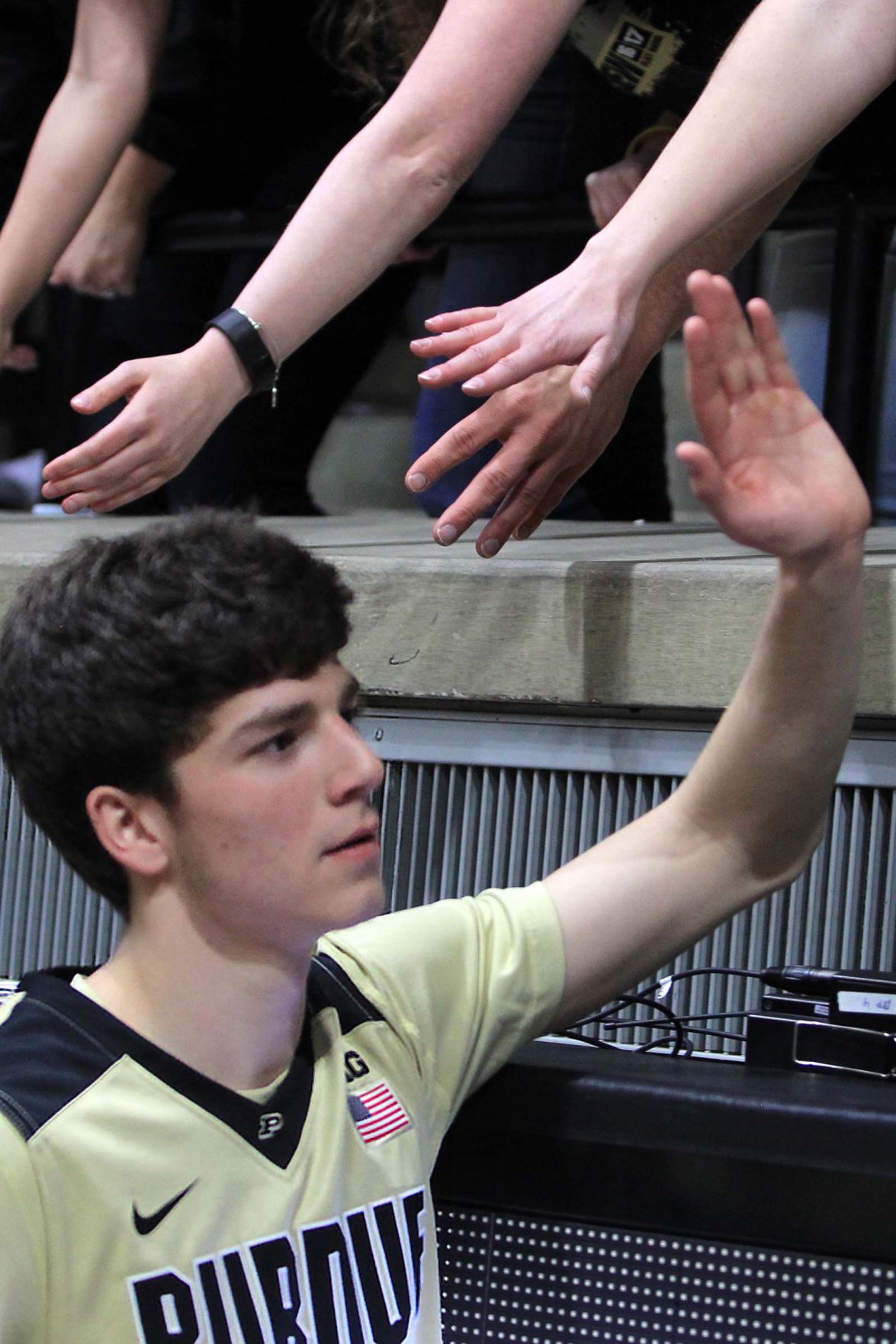 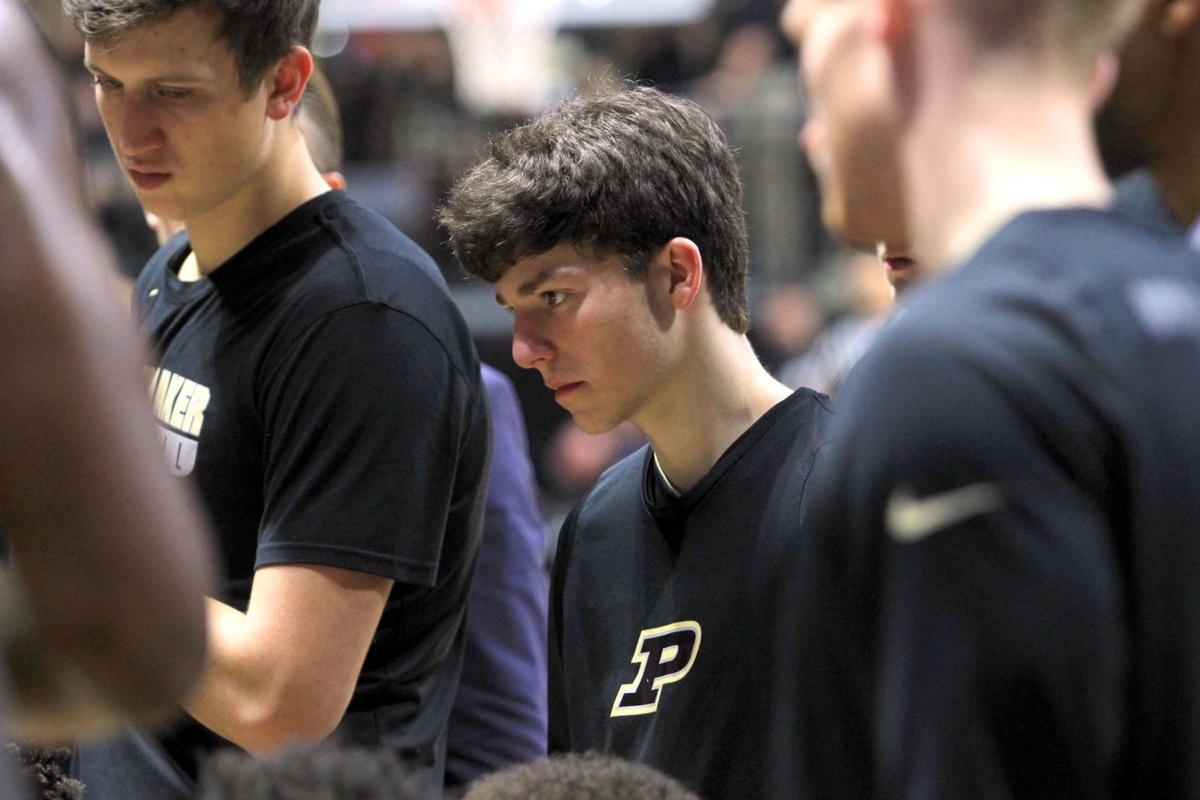 Purdue's Tommy Luce listens to instructions during a timeout Tuesday.

Purdue's Tommy Luce drives to the basket late in Tuesday's game against Rutgers.

Purdue's Tommy Luce listens to instructions during a timeout Tuesday.

WEST LAFAYETTE — Tuesday’s game was already well in hand and many Purdue fans were rushing toward the exits when a familiar refrain began to rumble from deep within the heart of the Paint Crew.

The Jeffersonville High School graduate sits at the end of the bench, usually between Jon McKeeman, a senior walk-on who seldom plays, and Matt Haarms, a redshirt freshman who won’t play at all this year.

Luce’s playing time, like his position on the bench, is somewhere between the two. He’s appeared at the very end of 13 blowouts to record four assists and no field goals on four attempts. His lone point came on a free throw against Western Illinois.

He’s so baby-faced that the Big Ten Network announcers say he looks like Doogie Howser, the main character in the early '90s TV show about a teenage doctor. Similarly, there’s a joke going around campus: Tommy is going to be a really good player one day ... just as soon as he graduates from middle school.

Yet, despite his diminutive stature and his unremarkable stat line (or maybe because of it), the freshman walk-on has become an unexpected fan favorite.

They chant his name in blowouts. The basketball team has created the “T Luce” cam to boost his popularity on Snapchat. Most recently, during Purdue’s rout over Rutgers on Valentine’s Day, multiple female fans held signs professing their feelings for Luce.

The phenomenon of walk-on love, is nothing new. Before Luce came to Purdue, fans cheered for guys like Bobby Riddell, Dru Anthrop, Bubba Day, Stephen Toyra and more.

“We had it with a guy that I played with, Tim Spiker,” Purdue coach Matt Painter said. “It’s usually a guy that’s smaller because they can relate to him. A lot of fans can relate to someone who is out there doing the dirty work and practicing hard every day to help our program.”

Luce actually got a similar reaction when he was a freshman on Richmond High School's varsity team. But even he was somewhat surprised by the reception he’s received from fans this year.

In fact, he was surprised to even be on the team at all.

His dad, Joe Luce, who is now the head basketball coach at Jeffersonville High School, is a close friend of Painter. Tommy also has two uncles who played baseball at Purdue and an aunt who attended Purdue.

Naturally, Luce grew up a Boilers fan. He attended basketball camps at Purdue. When he was 11, he broke his collar bone at one of the camps when a bigger camper fell on top of him. Luce figured that would be his most memorable moment on a Purdue basketball court.

But after Tommy’s senior basketball season at Jeffersonville, his father approached him and said Painter wanted to offer a preferred walk-on spot.

“I thought my dad was messing with me,” Luce said. “I didn’t think that there was a chance for me to walk on and be a preferred walk-on, too. That was even cooler.”

When Luce first got onto campus, he got a quick introduction to major Division I basketball. Isaac Haas, a 7-foot-2 and nearly 300-pound center, came barreling down the lane and dunked right over Luce.

The freshman kept trying to step up until finally, about a week into practice, coach Painter stopped practice.

“It was just not good," Haas said, laughing. "Coach just said, ‘T Luce, try to take the ball from him when he brings it down or just get out of the way because it’s not happening.’”

In another practice, Luce grabbed a rebound at the same time as Caleb Swanigan. The Big Ten’s leading rebounder tried to shake him, but Luce didn’t let go until Swanigan had wrestled him all the way to the ground and rolled on top of the 150-pound freshman.

These two examples illustrate what teammates have come to expect from Luce. So while it’s fun to root for the little guy, his attitude is what's helped Luce to earn the respect of his teammates.

“I can seriously look at him and take some things from him,” Purdue junior forward Vincent Edwards said. “It might seem silly because I’m a guy on a full ride. But you’ve got to look at a guy like that and see how they approach each day. He just approaches it and attacks it.”

Said fifth-year graduate transfer Spike Albrecht, who lived with Luce when both arrived at Purdue this summer: “He’s almost like the little brother to everyone. Everyone keeps an eye on him and looks after him.”

Back out on the floor during Purdue’s Valentine’s Day rout, Painter finally gives into the crowd and with less than 1:30 left empties his bench. The crowd roars, “Luuuuuuuuuuuuuce.”

Now that he’s in, now they want him to score. Luce gets the ball at the top of the key. The crowd goes nuts. He dribbles into the lane ... and coughs it up.

He gets the ball again on Purdue's next possession. Dishes inside. Another turnover. The crowd sighs.

Time winds down, and Luce goes without a basket. For now, the wait for Luce's first Big Ten bucket continues.

“I just hope to continue to be a good team player and good teammate," Luce said. "Hopefully, I can become one of the leaders on the team, and down the road when I’m an upperclassman, underclassmen can ask me questions or look up to me. If I’m ever able to get any minutes — I’m not saying I will — but if I can, that’d be a pretty cool deal. I’m just along for the ride to see what happens.”