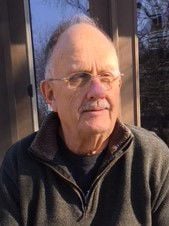 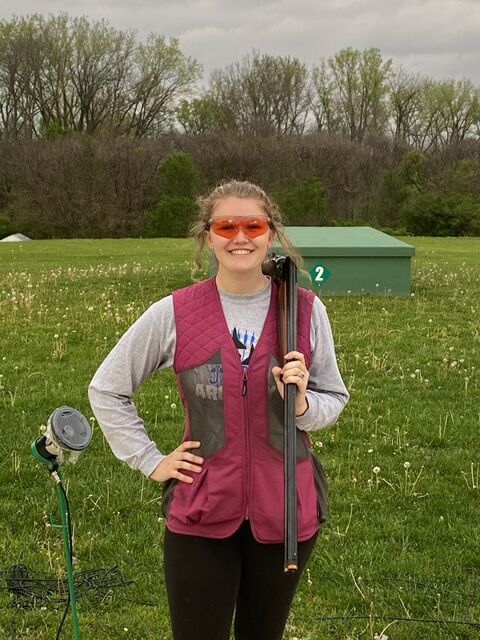 Last Monday, I dropped in on coach John Beeman and his Lapel Trap Shooting Club. Youth from Anderson Prep, Frankton, Pendleton Heights and Lapel are represented on the team. Many of these young folks are much quicker on the clay target than I and very accurate.

One thing stood out as I approached the range. I noticed one young lady shooting left-handed. I laid out the question for anyone to answer, “Is she left-handed or left-eye dominant.”

A lady sitting on the bench said, “Left-eye dominant. How would you know to ask that?”

I told her I was left-eye dominant.

The young lady’s name is Caitlin Calfee. I had a chance to speak with her between rounds. I wanted to know how she learned she was left-eye dominant.

She explained, “I first joined the archery team at school. We had to shoot instinctively, and I couldn’t hit anything. Finally, the coach had me cover my finger over a distant object. When I closed my left eye the object moved off alignment, but when I closed my right eye, my finger stayed on the object.”

An opposite eye is contrary to your dominant hand. Calfee writes and throws right-handed. Some of the greatest professional baseball hitters of all time had an opposite dominant eye. In other words, the eye closest to the pitcher was the one that picked up the ball and the timing of the pitch.

My father gave me a Daisy Red Ryder BB gun on my seventh birthday. We lived on a farm north of Madison.

A year later a friend of dad’s said, “Herald, have you noticed Ricky shoots left-handed?”

He had not. Without much instruction, I naturally picked it up and put the gun to my left shoulder.

There are 23 high school trap teams in Indiana. They compete virtually until the state championship. Then the competition is head-to-head. The top guns from Indiana will move on to the nationals being held at Mason, Michigan.

Participants are required to take a hunter safety course. Only one shell is loaded and only if you are next up to shoot. There is a coach at each shooting station.

The assistant coaches are Damon Fulp, Seth Biddle, Jamie Lashure and Randy England. The school board is very much on board with this program.

The Fall Creek Valley Conservation Club is host to these young shooters. Co-sponsors include Friends of the NRA, Indiana Youth Council, Indiana Youth Shooting Sports Foundation and you. The team is raffling three guns. Raffle tickets are $20 each and can be purchased from coaches or team members. Gunslingers gun shop will have these raffle tickets as well as Friends of the NRA raffle and banquet tickets.

Last Thursday, Scott Underwood and I found 92 mostly gray morel mushrooms in a 2-acre woods. The big yellows are running a few days late. Expect to find them now through May 12.