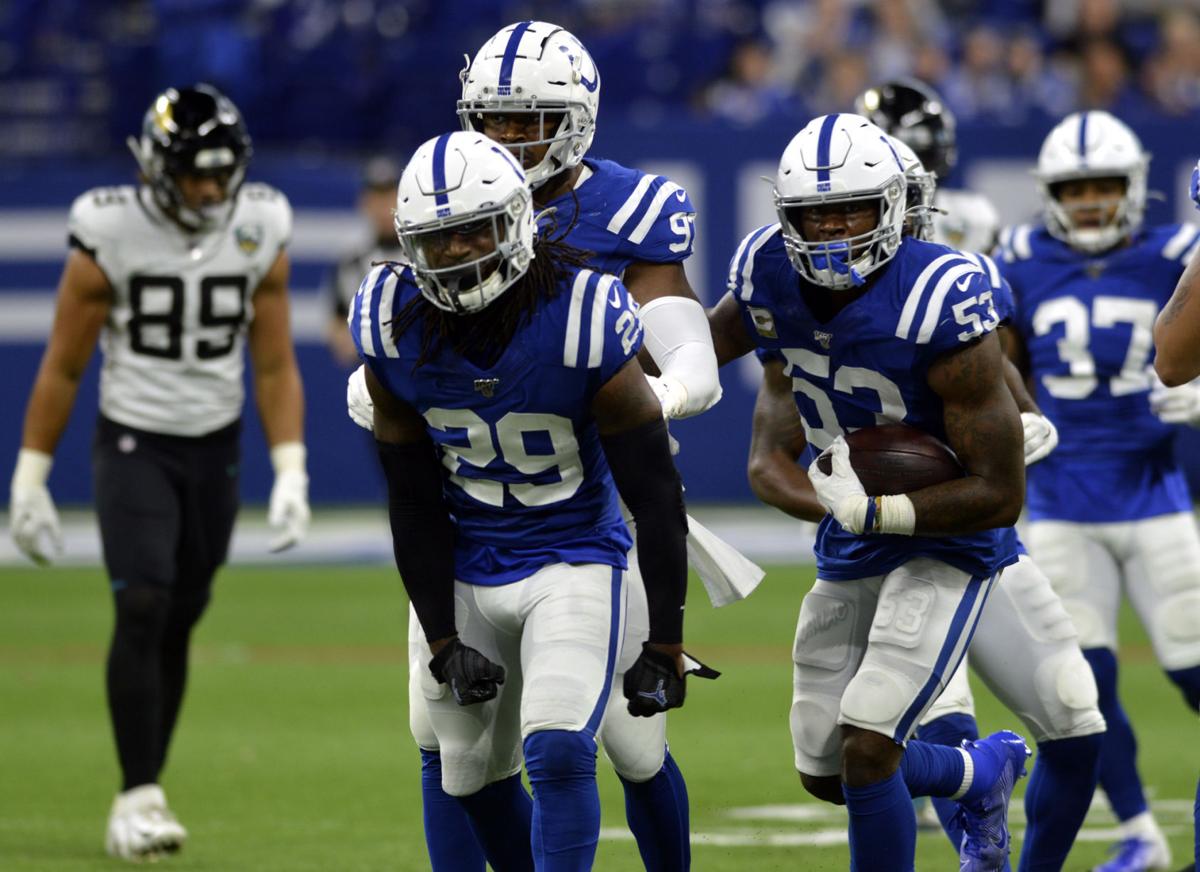 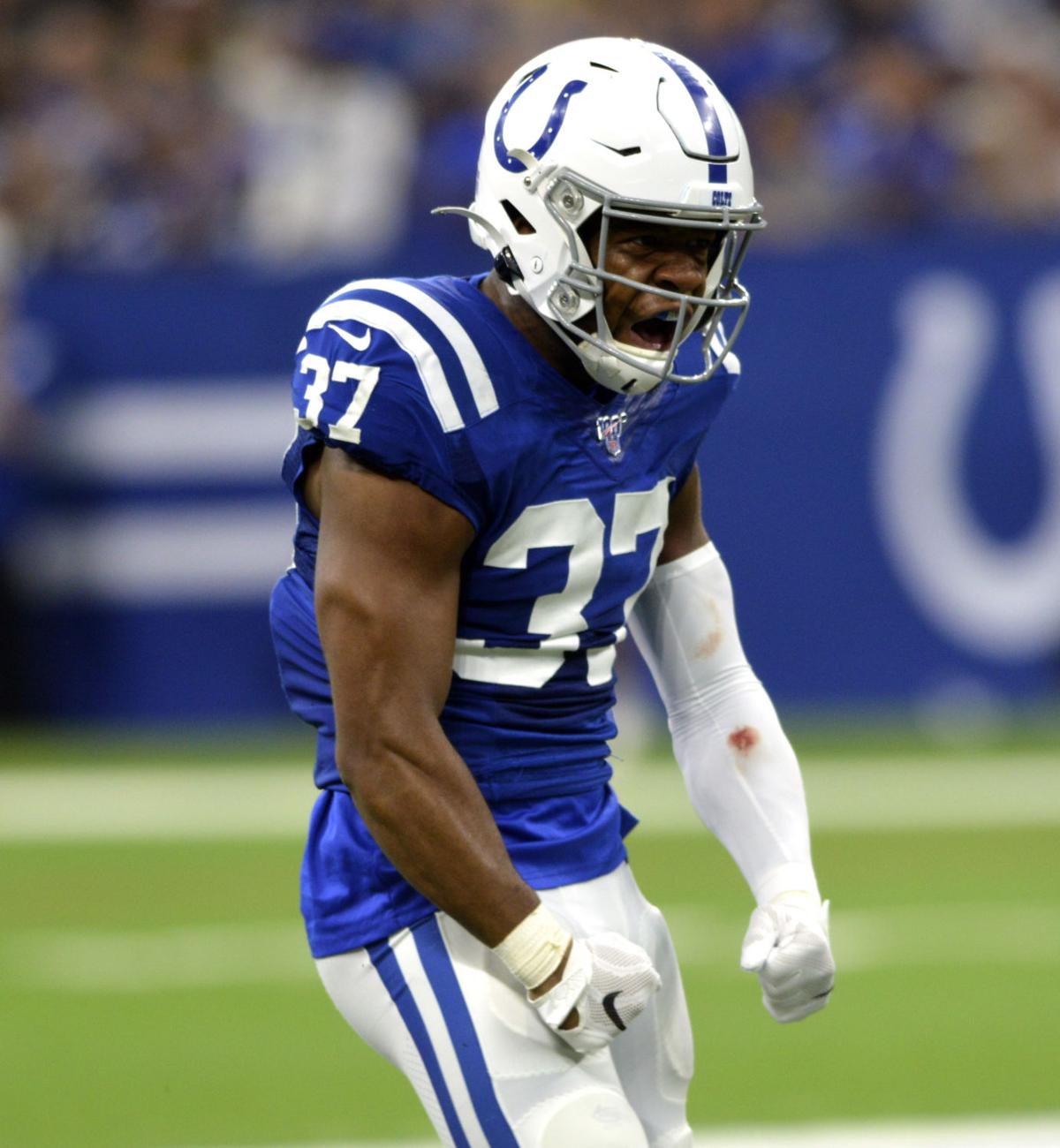 INDIANAPOLIS — Any conversation about the safety position for the Indianapolis Colts must begin with Malik Hooker.

Three years ago, the former Ohio State star became general manager Chris Ballard’s first draft pick at No. 15 overall. There have been flashes of his brilliance — including a one-handed interception of then Los Angeles Chargers quarterback Philip Rivers in last year’s season opener after which the veteran passer admitted he saw Hooker the whole way but thought it was impossible he could make the play.

There have also been frustrating battles with injuries and a likely related struggle with inconsistency. Still just 24 years old, Hooker took steps in the right direction in 2019 but not enough for the Colts to pick up the fifth-year option on his rookie contract.

“I would say that if you watched Malik last year — when I watched him in practice because we have only had him for two years, I really saw a step (forward) in terms of his practice,” Indianapolis defensive coordinator Matt Eberflus said. “In training camp, I could see it. Early on in the season, I could see it. He really started to bust his tail and go the way we were talking about going — all of us — in practice in terms of effort, execution, playmaking.

“I feel that he was taking steps in that direction. I really do. If you watched him in some of those games … he really was playing well at a very high level. What he does and what everybody else has to do is just be more consistent.”

Hooker will seek that consistency with an opportunity to become a free agent waiting next March.

CNHI Sports Indiana’s Roster Review continues with a look at how the safeties stack up this spring:

Hooker remains an important element in this defense and is well respected by his peers. He should again start at free safety, where his steps forward a year ago included improved tackling.

Hooker set a career high with 51 stops, including his first career tackle for loss. He was a more consistent presence against the run, consistently cutting short big runs that broke through the first two levels, and he displayed a mean streak that might have been the result of his growing comfort with the scheme.

But there also were mental lapses and miscommunications in coverage that allowed some big pass plays to develop, especially during the final month of the season with slot cornerback Kenny Moore II sidelined by injury.

Hooker remains an incredibly intriguing prospect, and he has a solid seven interceptions in 34 career games. But he’s missed 14 games because of injuries during his first three years and must show he can consistently get on to the field each Sunday.

Second-year defender Khari Willis is the favorite to start at strong safety. He made an instant impact as a rookie, starting nine games and recording the third-highest tackle total on the team with 71 stops.

He was exactly what the Colts envisioned when they traded up to draft him in the fourth round, a versatile defensive back who helped the team as much as an extra tackler in the box as he did as an asset in coverage.

Julian Blackmon got high marks at safety last year after switching over from cornerback as a senior at Utah. His range, versatility and physicality caught the eyes of Indianapolis evaluators.

He intercepted nine passes — including four in 2019 — during his college career, and the Colts believe that ballhawk mentality can carry over to the NFL. That’s why they selected him in the third round, a little earlier than many expected, despite the fact he’s recovering from a major knee injury.

That bad break — a torn ACL suffered in the Pac-12 championship game against Oregon — could keep Blackmon from making a real contribution until October. But Indianapolis likes to rotate personnel in the defensive secondary and has never been shy about playing three safeties at the same time.

George Odum continues to draw praise from Ballard and the coaching staff and could see his role increase in 2020. Playing on just 27% of the defensive snaps last season, Odum showed a nose for the football. He forced two fumbles and recovered one to go along with 37 tackles. He’s also a standout special teamer, playing 80% on the snaps in that phase in 2019.

Rolan Milligan is a valuable reserve who showed versatility last season by switching into the slot as a cornerback when the depth chart thinned, but his season was cut short by a foot injury in December.

Hard-hitting Donald Rutledge also will fight for a roster spot as an undrafted free agent out of Georgia Southern.

This is the 12th story in a 13-part series breaking down the Indianapolis Colts' 2020 roster. The series concludes with a look at special teams.