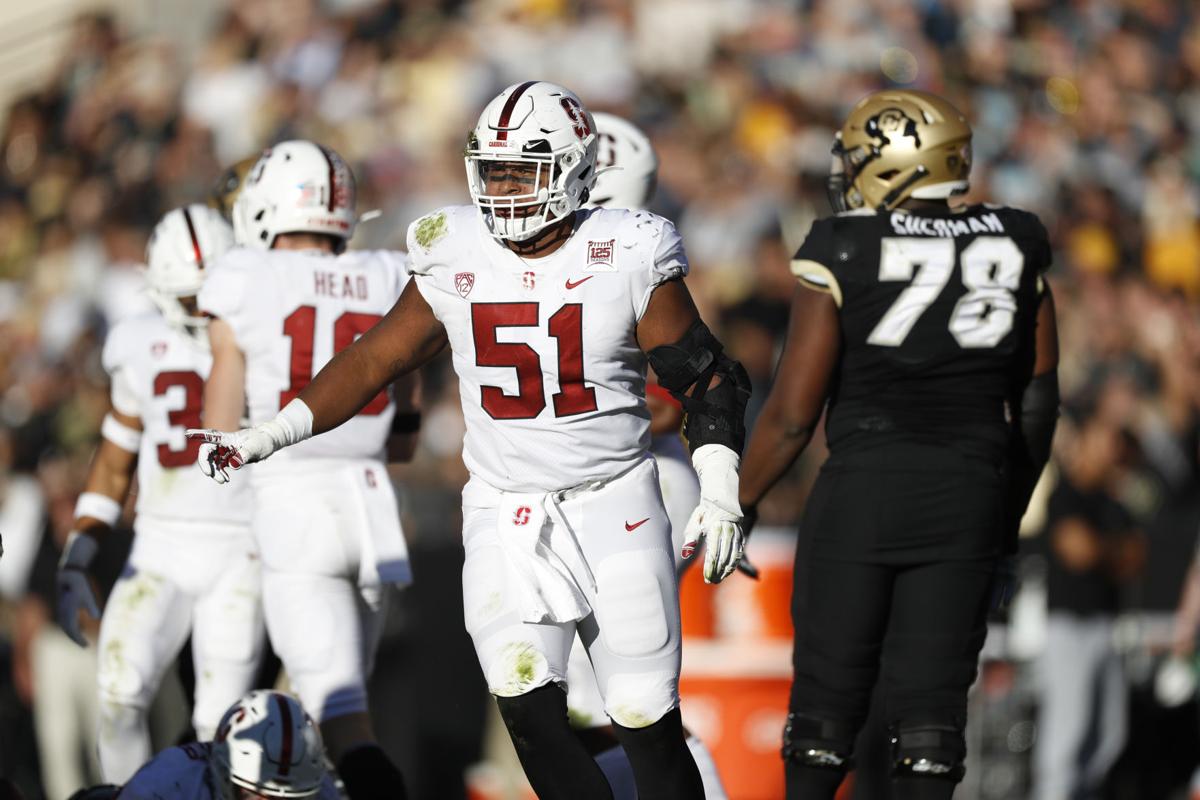 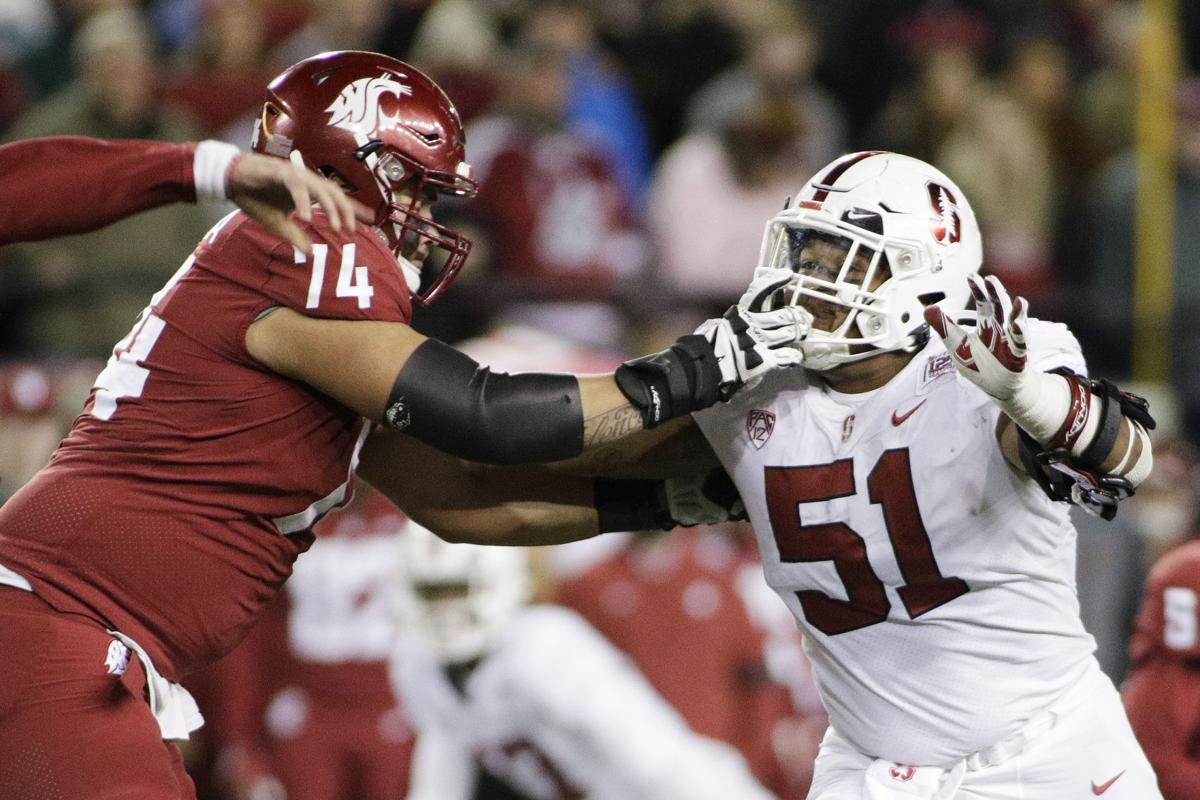 BLOOMINGTON — The conversation took place after a December practice, the final day of the recruiting period.

As Indiana prepared for its Gator Bowl matchup with Tennessee, Jovan Swann showed up unannounced. Swann had just finished his redshirt junior year on the defensive line at Stanford and was back in Greenwood, where he starred at Center Grove, for Christmas break.

Swann was still mulling whether to leave Stanford as a graduate transfer. Indiana football coach Tom Allen, who spotted Swann on the sideline inside the Mellencamp practice facility, also spotted an opportunity.

“Coach Allen was able to take me to the side and talk for 45 minutes, impromptu, was not asked of him,” Swann said. “But just for that time of day, I knew that Indiana was the place for me.”

Swann signed with IU as a grad transfer last month and could fill an important role for a young, talented IU defense. With 11.5 career sacks and 18.5 career tackles for loss, Swann brings proven pass rush ability from another high-level conference. But Allen said Swann has the potential to make as big an impact off the field.

“Very excited about his leadership” Allen said. “We have a very young room with a lot of talent. He’ll have the courage and confidence to verbally lead that room.”

When it comes to leadership, the 6-foot-2, 270-pound Swann doesn’t mince words. It’s a responsibility that comes with not always telling people what they want to hear but what they need to hear.

“It’s one thing to say this game means a lot to you, but to live it out, each and every day, tirelessly to be obsessive about it, is what I try to do,” Swann said. “I know some guys might look at me, as a little uptight. He’s a little too serious, but that’s all right by me because I’m going to try to do what I can till my body can’t do it anymore.”

That work ethic has stayed with Swann since helping lead Center Grove to a state title and earning Indiana defensive player of the year honors in 2015. His final three college choices coming out high school were Indiana, Northwestern and Stanford, and he’s thrilled to return to his home state.

“I’m just excited to be able to have my family around games,” Swann said. “I know it’s $500 round trip to get to California, and that wasn’t fun, but I had to get my degree, and they knew it was a business trip in that way. Just to be able to come back home and get that support in person, means the world to me.”

“Stanford had a great defense, but at the end of the day, I wanted to fit into a scheme that fit in my playing style better, more of an attack and react style instead of react/attack,” Swann said. “I know Coach Peoples is definitely a coach where we’ve met and we’ve been talking for the last couple of months. I’m excited to get to work with him. He’s got some great philosophy behind what he’s doing up front.”

“Anybody that has almost a dozen sacks in his career in a little bit different scheme that’s maybe harder to get sacks out of, he’s going to provide a lot of playmaking ability,” Peoples said. “If you just meet with Javon and talk with Javon, he is professional in the way he handles himself. We’ve had meetings, and he’s taken notes. He goes about his business the way we do at Indiana, so he brings a veteran guy that has obviously had success at this level.”

Swann has set a goal to double his sack total from his 5.5 last season at Stanford. The last IU player to record 11 or more sacks in a season was defensive lineman Greg Middleton, who posted a program-record 16 sacks during an All-American year in 2007.

As a team, IU ranked eighth in the Big Ten in sacks per game at 2.1 last season despite lacking a dominant pass-rush threat. Returning senior defensive lineman Jerome Johnson and former defensive lineman Allen Stallings IV led the Hoosiers in sacks in 2019 with five apiece.

“We have to earn the right to rush the passer. So that comes with stopping the run. We have to stop the run the first two downs,” Swann said. “Wherever they want to put me, I’m ready to get to work and make sure that I am a force up front so we can earn the right to rush the passer, and then we’ve got to get home, just being able to go get an arsenal of pass-rush moves.”