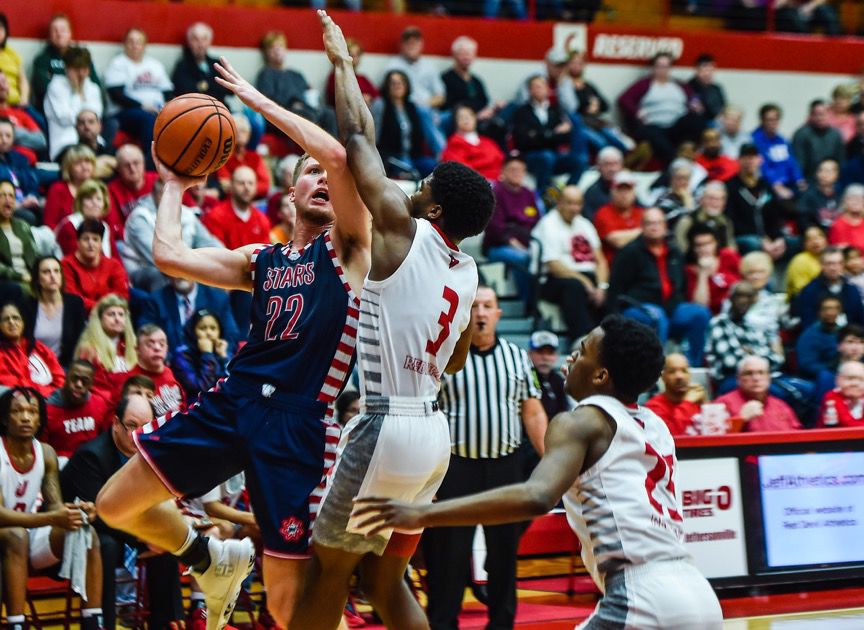 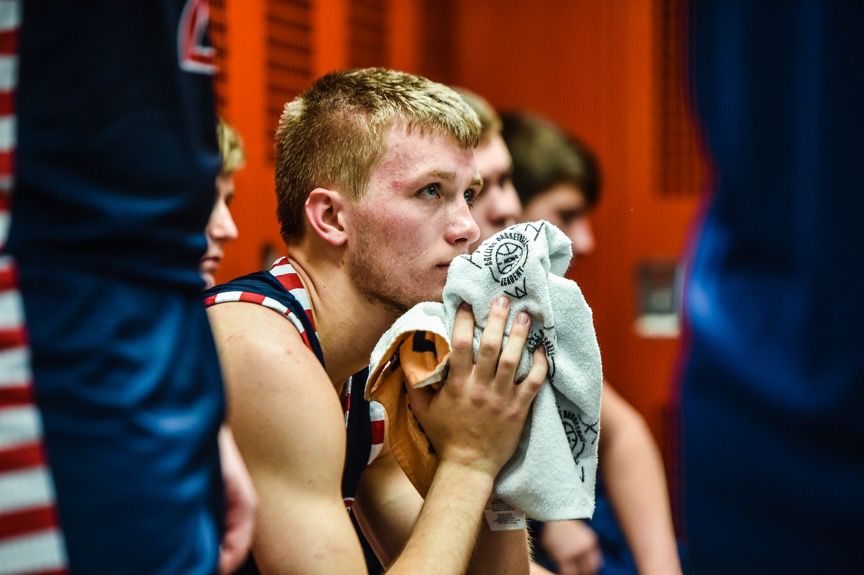 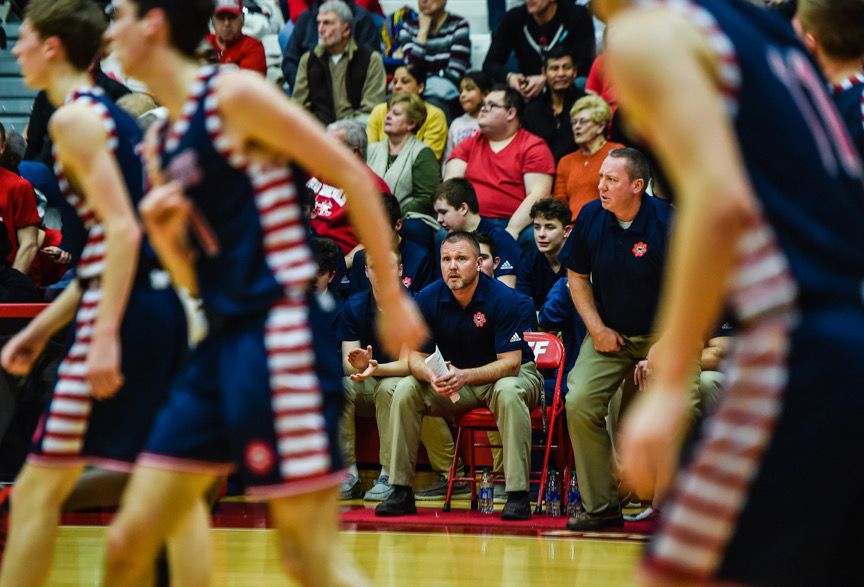 BEDFORD — On a Friday night in January, with the stands half full in a home game against Hoosier Hills Conference rival Seymour, Bedford North Lawrence senior point guard Brayton Bailey sized up the defender in front of him.

The floor was spread. After a nifty crossover dribble, the 6-foot-2 Bailey made a strong move to his left, found an angle off the backboard and banked in a shot from 4 feet.

Bailey finished with 17 points, plus a handful of rebounds and assists, leading BLN to a 40-26 win against Seymour. He was clearly the best player in the gym. But given Bailey’s bloodlines, he has been judged around the state by an even higher, and some would say unfair, standard.

As the son of former Indiana high school basketball legend Damon Bailey, Brayton Bailey has tried to forge his own identity, even as he wears his dad’s No. 22 and plays for the same school his dad led to a state title in 1990. It is coming up on the 30-year anniversary when Damon Bailey led BLN to a state championship before 41,000 fans at the RCA Dome, which remains the largest crowd to ever watch a high school basketball game. The legend of Damon Bailey was solidified when Bobby Knight offered him a scholarship as an eighth grader, and at 3,134 points, the elder Bailey remains Indiana’s all-time leading high school scorer. Bailey went on to play four years at Indiana for Knight, earning All-American honors in his senior season in 1994.

“It is what it is,” Brayton Bailey said. “I like how he built his legacy and my sisters did, and we can get to add on to that. It’s just great to have him come through this and then us to be able to follow him and be able to play on his court.”

Counsel isn’t far away. At 48, Damon Bailey is an assistant on BLN’s high school staff, helping coach his son and the rest of the Stars. Bailey coached his two daughters as BLN’s girls basketball coach, leading the Stars to a state title in 2014 before going on to three years as a women’s basketball assistant coach at Butler. Damon Bailey said it’s been a luxury to coach all three of his children.

As for Brayton handling expectations, Damon said: “We kind of live by the motto if I wouldn’t seek somebody’s advice, we don’t really listen to what they have to say negatively about us. … All of them have handled it well. Just like my life, sometimes there’s positives that go along with it and there’s negatives, and you just have to make the most of it. But for the most part, he’s handled it well and probably him being a boy, he’s faced it a little bit more than the girls did. He hears a few more chants and different things. But, like I said, you’ve got to block that out and do what you do.”

Brayton Bailey has shown flashes of his father’s ability. Over Christmas break during BLN’s holiday tournament, Bailey recorded a triple-double against New Palestine, finishing with 25 points, 10 rebounds and 12 assists. Bailey said he spent the summer working on his shooting range.

“We come in here in the mornings, do morning shootings and then we do a lot of shooting drills,” he said.

The younger Bailey has received interest from a handful of colleges, including the University of Saint Francis, an NAIA school in Fort Wayne, and Division I Western Kentucky.

“They’ve been contacting me,” Bailey said.

BLN basketball coach Jeff Hein described Bailey as a selfless player who has taken on a leadership role as a senior.

“He’s our only true returning player from last year,” Hein said. “He’s done a very good job. He’s a very unselfish kid. You look at how many points he scores all the time, but he does all the other things with it. He’s a very good passer. He’s averaging over five assists per game. He’s a good rebounder. He’s averaging over eight rebounds a game. He can play lockdown defense. So he’s a kid that can do multiple things, and he’s not just points. He’s about the team winning.”

Off the court, Brayton Bailey describes his father as a regular dad. When not playing or practicing basketball, the two like to golf and fish together.

“He really doesn’t talk about basketball much outside of practice,” Brayton said. “He’s just like a normal dad. Usually, it’s us sitting in the kitchen for two or three hours, talking every night.”

Damon Bailey, who is a 10-handicap, still beats his son on the golf course. But he gave up playing one-on-one against his son in basketball a few years ago.

“He’s never beat me, but it’s probably been four or five years since we’ve played (basketball),” he said. “When he starts getting close to me in golf, then that’s the last time we’ll probably play together. He’ll never beat me. But there may come a time when I just don’t play him anymore.”