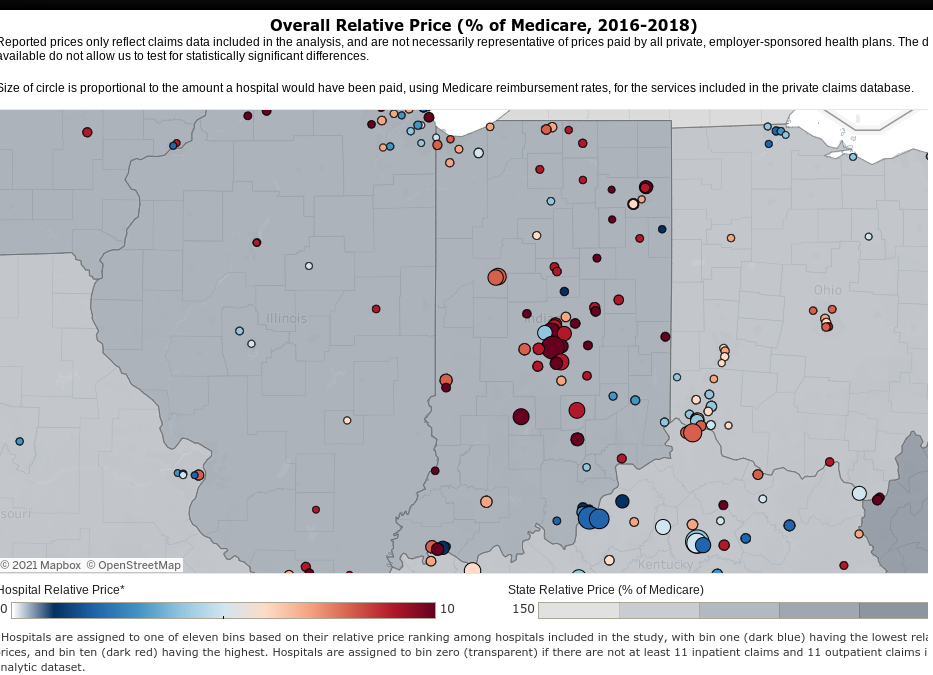 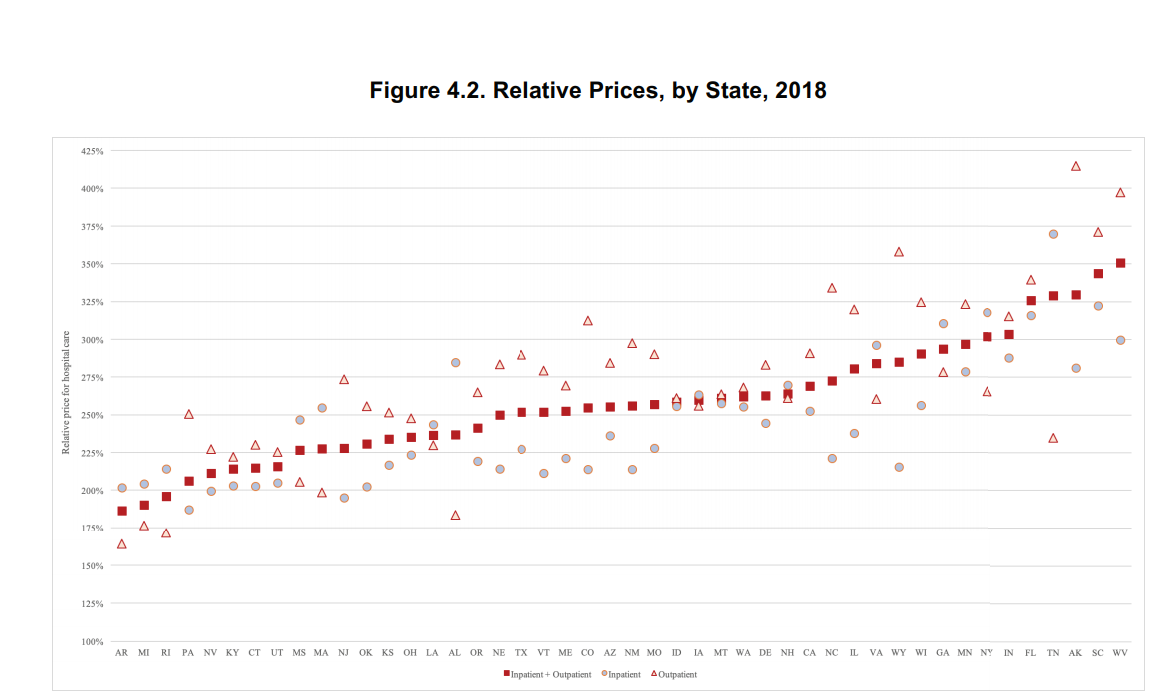 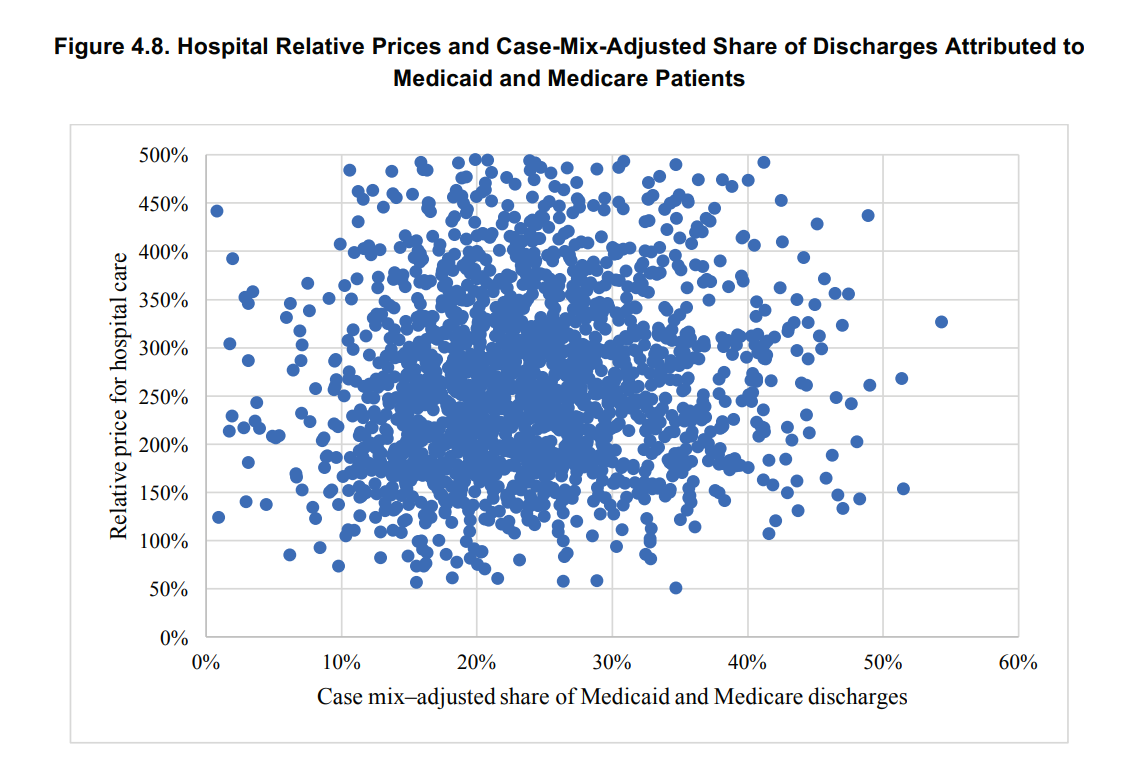 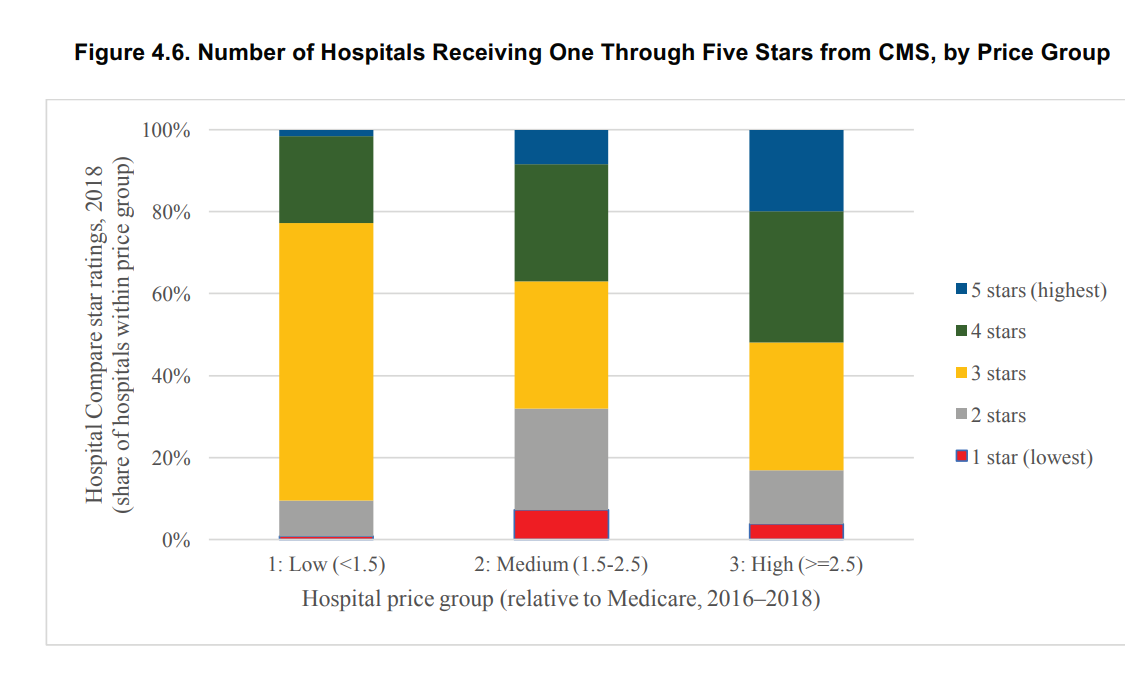 KOKOMO – What hospitals are going to charge you for a visit or surgical procedure is often anyone’s guess, but Hoosiers in particular pay some of the highest health care prices in the country.

The study looked at prices collected from 2016-2018 in all but one state (Maryland), receiving data from 40.2 million out-patient and 750,000 in-patient claims and both in-network and out-of-network claims from 3,112 hospitals across the country. It’s aim: to help employers to become better-informed health services purchasers in the future.

In it, the authors looked at both costs and quality of hospitals, finding that while some high-priced hospitals are some of the best-rated hospitals, there are high-cost, high-value hospitals out there. More importantly, the researchers state, the lack of transparency among prices and relative secrecy of price negotiations between insurers, whether private or self-insured, allows for the disparity in prices across the country.

“The purpose of this hospital price transparency study is to enable employers to be better shoppers of healthcare on behalf of their employees,” Gloria Sachdev, president and CEO of the Employers’ Forum of Indiana, which initiated the study, said in the press release. “We all want to know which hospitals provide the best value (best quality at best cost). Numerous studies have found that rising healthcare costs are due to high prices, not because we are using more healthcare services.”

If you feel like you’ve been spending more and more money on health care year after year, you’re not wrong.

“Put another way, if the private health plans participating in the study had paid hospitals using Medicare’s payment formulas, the total allowed amount over the 2016 to 2018 period would have been reduced by $19.7 billion, a potential savings of 58 percent,” the study’s authors write.

Medicare is the national health insurance program run by the U.S. government covering around 60 million Americans, the vast majority of whom are 65 years or older, and sets the prices it pays hospitals, a formula that multiplies a base rate by a case mix adjustment and a hospital type adjustment then adding the outlier payments.

Other tactics, such as all or nothing clauses that require insurers to include all hospitals within a certain network as in-network, also contribute to high prices because the system, being large, has more bargaining power. Consolidation among hospitals has also been attributed to increasing prices.

The common refrain from hospitals is that they are underpaid by Medicare and Medicaid and, thus, must overcharge private insurers to make up the difference, also known as cost-shifting.

It’s an argument that was used by the American Hospital Association in 2019 when its Annual Survey of Hospitals found that Medicare reimbursement was $53.9 billion less than actual hospital costs in 2018, while Medicaid underpaid hospitals by about $22.9 billion.

Some researchers, though, reject that most hospitals engage in cost-shifting.

The RAND study found, by using data from the Healthcare Cost Reporting Information System, that there is no correlation between how many Medicare and Medicaid patients a hospital treats and the prices they charge relative to what those government agencies pay.

“Although not a causal test, the absence of a correlation between hospital prices and payer composition does not support the argument that higher hospital prices are in place to offset underpayments by Medicaid and Medicare,” the researchers write.

Other than just cost, the study also looked at the quality rankings of the hospitals compared to the prices they charged.

“Thus, in at least some parts of the country, employers have options for high-value facilities that offer high quality at lower prices,” the researchers write.

“As purchasers of health care services, the more concrete question for employers is whether it is reasonable and necessary for employers to be paying prices that are nearly 2.5 times as much as Medicare rates, especially when there are hospitals with similar quality scores that have lower prices. Even if cost-shifting were a reasonable response to shortcomings in government payments, many employers would not consider it to be their responsibility to make up the shortfall when shopping for health care or for other goods and services.”

Looking at data from the federal Bureau of Economic Analysis, Hicks found that in 2017, the average Indiana resident spent $7,962 a year on health care, while the average American spent $7,142.

It wasn’t always that way, though.

In 1997, the average Indiana resident spent $4,207 on health care (in inflation adjusted dollars), while the average American spent $4,537.

Hicks attributes the change to the consolidation of hospital systems and the effective monopolies they have in the state, a charge that the state’s hospital association adamantly disagrees with.

So why is this all important?

When Employers’ Forum of Indiana’s Sachdev was talking to auto industry executives in Michigan in 2019, she was first introduced to the term “ABI,” which stands for “Anywhere but Indiana.”

“We have plants all over the country, and whenever we’re talking about opening a new one, do you know what I say? I say, ABI,” one executive told Sachdev, according to the Indianapolis Star. “On average we pay $2,200 for every worker’s emergency room visit in Indiana. In Michigan it’s $800.”

WHAT CAN BE DONE?

So how can Indiana employers lower their health care costs?

The RAND study proposes “patient steering,” where employers offer a narrow hospital network or even a tiered network to employees in exchange for lower premiums and other costs. The researchers note that this is how Michigan has kept its hospital prices as one of the lowest in the country.

On the more extreme end, employers can strike contracts with a specific health or health system for lower pricing in exchange for patient volume. That will likely work best if a company’s employees are located in the same general area and the employer is of decent size.

For example, the researchers point to General Motors’ deal with the Henry Ford Health System.

“Moving patient volume to lower-priced hospitals that offer better value is an opportunity for employers, their employees, and society to reduce health care spending, and also helps the market to reward the most efficient hospitals.

Policymakers can also make a difference, both RAND and Ball State’s Hicks note.

Federal and state lawmakers can forbid “surprise billing,” something Indiana has already limited, the researchers at RAND say.

Tyler Juranovich can be reached at 765-454-8577, by email at tyler.juranovich@kokomotribune.com or on Twitter at @tylerjuranovich

The Indiana Hospital Association has created a price transparency tool at http://www.mycareinsight.org that gives important measures of care provided in most of the state’s hospital, including “patient satisfaction, readmissions, infections, deaths, birthing outcomes, hospital charges and more.”

The tool can be used to estimate the cost of some of the most popular services, including childbirth, heart failure, hip replacement and more. Notably, the costs do not factor in out-of-pocket costs after insurance and other financial assistance kick in.

A new CMS new hospital price transparency law went into effect Jan. 1, 2021. Under the new rule, hospitals across the country are required to post online the negotiated rates they reach with insurers for services in an easily readable way.

Starting on January 1, 2023, the rule will require health plans to offer an online shopping tool that will allow consumers to see the negotiated rate between their provider and their plan, as well as a personalized estimate of their out-of-pocket cost for 500 of the most shoppable items and services.